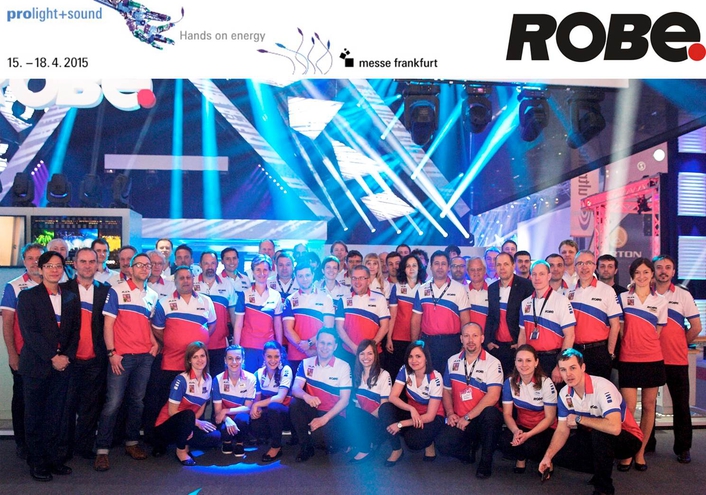 .
Robe enjoyed another mega busy and successful Prolight+Sound expo in Frankfurt, Germany, with the launch of 10 new products and four hyperactive days on the booth in Hall 11 at the Messe exhibition centre.

This was preceded by Robe's sixth biennial International Distributor Conference, staged a day ahead of the exhibition at the Dorint Hotel Frankfurt Niederrad, and attended by over 150 Robe distributors from around the world. The Distributor Conference detailed the company's incredible growth trajectory over the last two years, highlighting the trends and outlining strategies for the next five years and beyond.

The hard work, creativity and productivity of the top performing distributors were recognized in a series of Awards, and the event proved an ideal precursor and motivator for the exhibition where Robe' colourful booth featured multi-lingual staff communicating in over 20 different languages …reflecting the truly international nature of Prolight's visitor profile as well as Robe's own customer base.

For the last hour of the show during the first three days, the Robe Happy Hour was another reason for people to flock to Stand B51 ... to enjoy the now legendary Czech hospitality!

This year Robe’s stand space was expanded to include the BMFL Cafe, a meeting area directly opposite the main booth which provided a cool, calm environment for all the serious business. With several deals confirmed at the show, this was another big success. The café was attractively lit with the new generation of LiteWare Battery powered LED uplighters, boosting the convivial ambience. 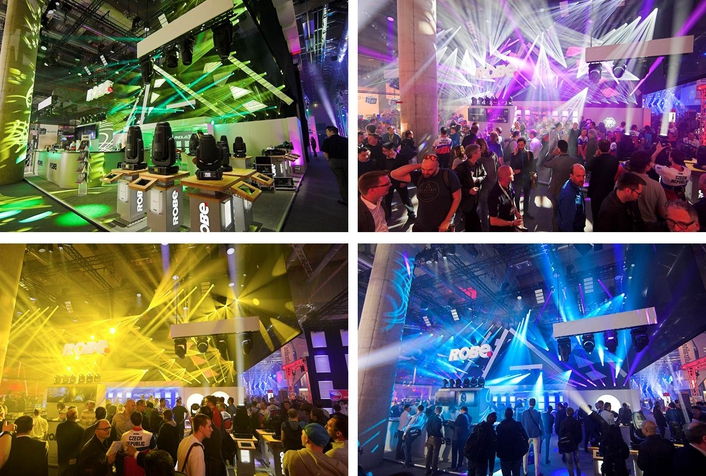 Robe's CEO and General Manager Josef Valchar commented "The show was fantastic! I know we say this every year, but I am genuinely VERY happy. The booth was completely full for four days and we saw all the right people. With ten new products we are pushing hard to bring new standards of quality and innovation to the market, and Prolight is a perfect place to showcase these for the first time”.

In true Robe style there was a classy high impact lightshow specially designed and programmed for the stand which ran every half hour, attracting record audience numbers. This extravaganza illustrated the potential of the new products in the best possible light, and helped build the Robe buzz and energy around the show floor.

All the new products were well received, in particular the BMFL Blade - the latest addition to Robe's BMFL range - bringing all the power, intensity and versatility of this game-changing moving light series into a new dimension with the addition of framing shutters.

Other highlights included the new super-bright LED Strobe from Robe, the new DL4 LED range of moving lights and the CycPix 12 and CycBar 15 fixtures.