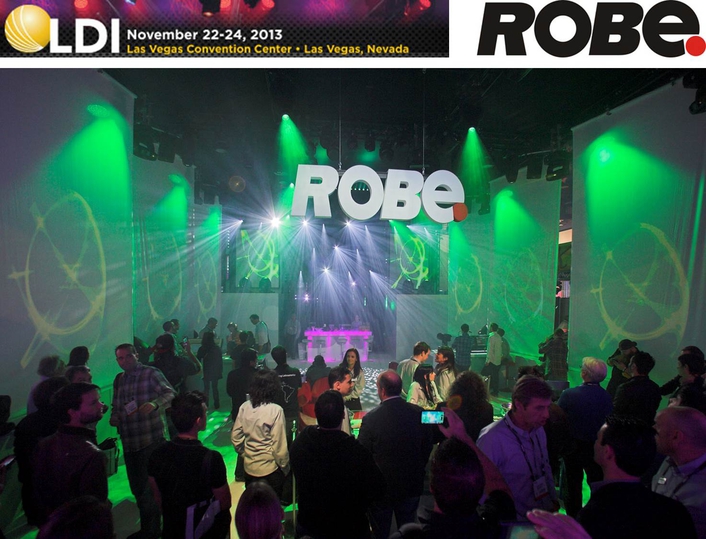 .
Robe Lighting enjoyed one of its busiest and best LDI exhibitions to date at the Las Vegas Convention Centre, which saw their stylish, eye-catching all white booth – complete with spectacular lightshow designed by Nathan Wan – win ‘Best Big Booth Design’ category of the 2013 LDI Awards.

LDI 2013 was the first big US exhibition to showcase the Pointe - Robe's award winning small, super-bright, multi-purpose moving light … and fastest ever selling product - and this fixture was the centerpiece of Nathan’s lightshow, together with other new innovations like Robe’s ROBIN MiniMe, CycFX 8, Cyclone, MMX Blade and ParFect 100.

In addition to the products, the other major attraction on the stand was newly appointed CEO of Robe Lighting Inc., Bob Schacherl, whose vast contact base and popularity also pulled a significant number of people onto the stand to congratulate him and welcome him aboard the Robe ‘family’.

Robe experienced heavy traffic on the stand for all three days of the show, starting from 15 minutes after doors opening to the public on the first day and continuing throughout, keeping all the Robe staff really busy. They included a host of major lighting and visual designers from North and South America and Canada, together with key rental companies and some international visitors.

Reflecting the growing number of Latin American industry professionals at the show and their interest in the brand, a special Latin event was staged by Robe on the first night which included their primary distributors from Central and South America and the Spanish speaking world.

Anolis - Robe's high quality architectural / Architainment LED brand - was also integrated into the booth design, and used to light the dedicated lounge and meeting area at one end of the space, proving a perfect solution to enhance its presence and illustrate the symbiosis with Robe.

The open section in the middle of the booth was an active demo area, and also busy for the entire duration of the show, together with the bar at the back, open for ‘Happy Hour’ for the last two hours of the show’s first two days.

Robe's Sales Director  Harry von den Stemmen comments, "We were very proud to win the LDI Award. It was extremely well deserved as Nathan – also an LD in his own right - produced a fantastic creation which  received numerous compliments including from many designers”. 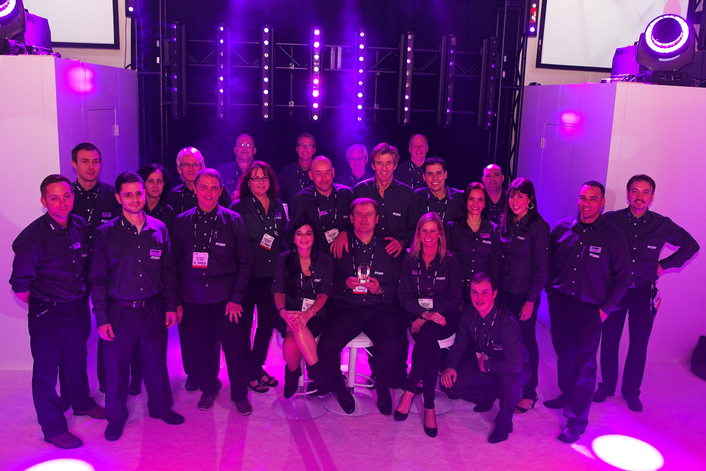 The Lightshow was initially planned to run every hour … but due to the high demand the interval was reduced to every half hour as word spread like wildfire across the show floor and various social networks that Robe’s was THE lightshow to see at LDI 2013!

Major impact was made with all the new products, especially The Pointe, the Cyclone the dynamic MiniMe – a unique LED effects luminaire with full video output - and the CycFX 8 resulting in all the equipment - down to the very last fixture on the booth - was sold off by the end of the first day of the exhibition!.

Josef Valchar, CEO of Robe Lighting  concludes, "We are absolutely thrilled by the vibe on the booth and the massive interest in the brand – it’s been a fantastic show in all respects".