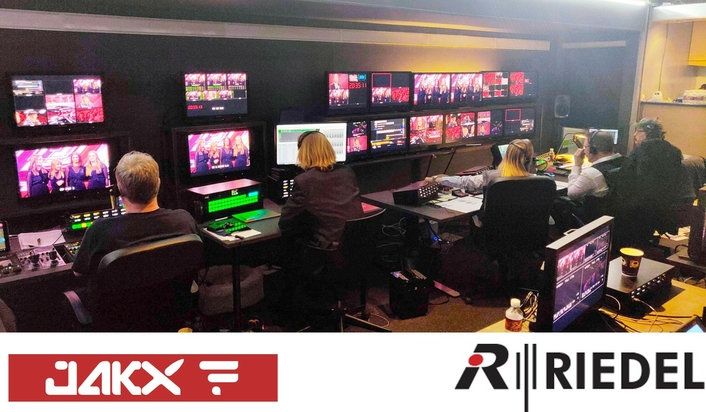 Fjord Film has chosen Riedel’s MediorNet and Artist for its all-new OB van.

Fjord Film designed and constructed the van with additional expertise provided by Riedel partner and broadcast specialist JAKX. The new van made its production debut March 1 for the first live show of the current season of the Danish X Factor. While the unit is currently on a temporary chassis, it will eventually take the form of a double-expanding trailer once the buildout is complete. With support for 16 cameras, the new van offers more than double the capacity of Fjord Film’s second-biggest OB vehicle. 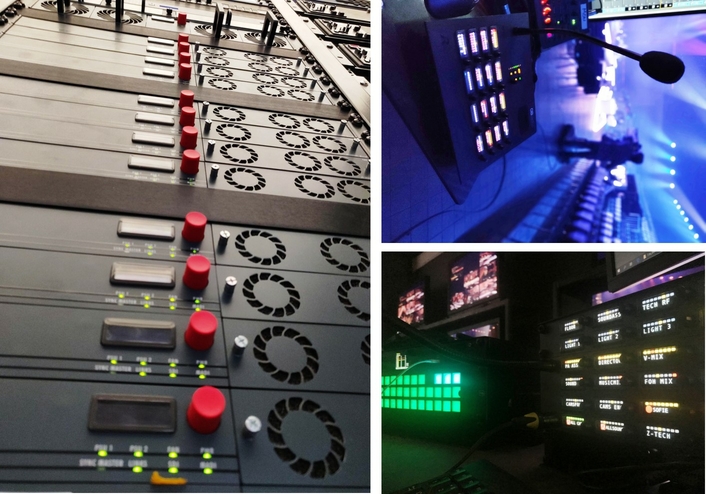 “Twelve years ago, we ventured into the OB world with a small van and a Riedel Artist S 32 node,” said Jesper Fjord, CEO, Fjord Film. “We have been relying on the Artist ecosystem ever since, and now, with our fifth OB truck, we are delighted to be able to deploy an extensive Riedel solution based on MediorNet and Artist. These decentralized systems give us a degree of flexibility that would be unattainable with traditional centralized solutions.”

The Riedel MediorNet systems onboard the new van include a MetroN core router and
13 MicroN high-density media distribution devices running the Standard, MultiViewer, and Processing Apps. The all-new Processing App provides color correction in the RGB and YCbCr color spaces, as well as up/down/cross-conversion and multiviewers. All of these capabilities are natively compatible with the MediorNet Compact Pro stageboxes. For intercom, MediorNet interfaces with Artist over MADI to create a flexible and recallable infrastructure for Artist panels. All MediorNet components work seamlessly with Fjord Film’s third-party video switchers and audio consoles.

Fjord Film is realizing significant benefits from basing the entire signal ecosystem on integrated and scalable solutions from a single vendor. Through an Ember+ link, the MediorNet software interacts seamlessly with the van’s broadcast control system for unified control and an agile, easy-to-manage system. Plus, the built-in audio routing capabilities in MediorNet remove the need for a separate audio router, reducing costs and saving space aboard the van.

Fjord Film has chosen Riedel’s MediorNet and Artist for its all-new OB van.

Fjord added, “MediorNet will save us money in the long run because it allows for expansion when needed, and it also replaces separate equipment for embedding, de-embedding, frame store, video delay, etc. Thanks to MediorNet, we were able to build a truck that gives us access to a new market segment that we haven’t been able to compete in before.”