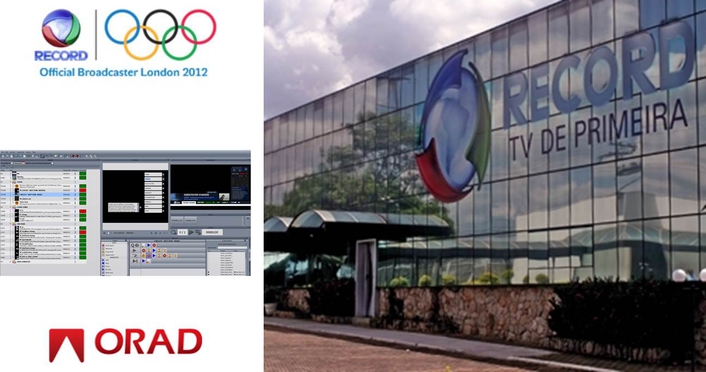 "As a leading broadcaster, we have to carefully consider our alternatives. We chose Orad yet again because we are confident that Orad's graphic system will provide us with the tools we need for winning Olympic productions," said Jose Marcelo Amaral, Head of Engineering and Operations.

Rede Record chose Orad’s solutions because of the outstanding experience it has had working with Orad, and the unparalleled reliability of Orad’s powerful graphic technology in fast-paced broadcast productions.

About Rede
RecordRede Record de Televisãois a Brazilian television network, founded in 1953 by Paulo Machado de Carvalho, also founder of Rádio Record. Currently it is owned by businessman Edir Macedo, founder and bishop of the Universal Church of the Kingdom of God. Since 2007 it is the second most popular television network in Brazil after being in the last place of television networks for many years from the 1980s. With 58 years of transmission, it is also the oldest TV network in the country.