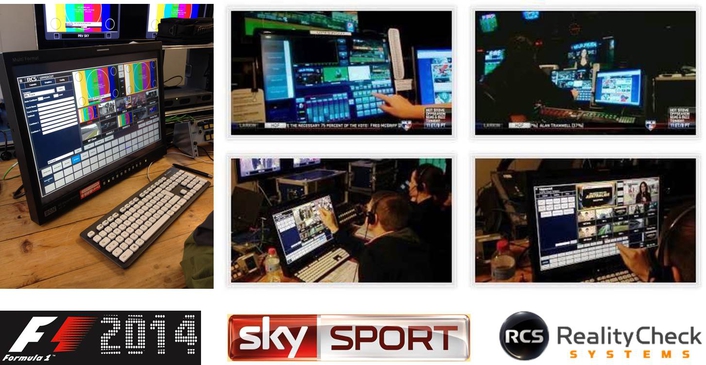 .
In preparation for the 2014 Formula One® (F1) racing season, Reality Check Systems (RCS) upgraded its Uppercut production system for Sky Sport Deutschland as part of a three-year engagement designed to streamline the network's live broadcasts and minimize production overhead. 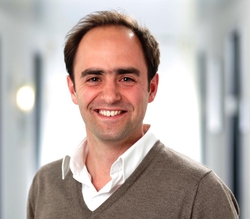 "As usual, RCS went above and beyond. As far as we know, we're the first broadcaster in the world to have a production setup like this, and the options it's opened for us on-air are near limitless. We can now manipulate video in ways we never thought possible, which ultimately means our audiences get a higher-quality viewing experience," said Alessandro Reitano, Director, Sports Production, Sky Sport Deutschland. "RCS isn't afraid to push the boundaries of what's possible for live broadcasts, and working with their team has enabled us to deliver incredible, innovative productions. We're already talking to them about our next project and can't wait to see what they dream up next."

As part of the upgrade, RCS first considered all possible production variables that might cause an Uppercut operator to err during live broadcasts. The team then designed a highly specialized state logic software solution to continuously track multi-video box layouts loaded into preview, the video output through which operators view and queue up DVE effects, to program, the video output that displays the picture viewers see on TV. Enabling multi-box video animations within Uppercut's GUI only when specified conditions are met between the two windows, RCS' state logic removes confusion associated with triggering complex video animations - allowing the operator to focus more on the production.

RCS' team also designed the software to handle all video sources as texture video within Uppercut to facilitate seamless on-screen management and manipulation of 3D video effects, a departure from the standard 2D DVE traditionally used in broadcasts. Leveraging the state logic software created on a mirror Uppercut system in RCS' Burbank office, RCS installed the upgrade to Sky Sport's Uppercut system in Munich before it was shipped to Australia for the first race of the season. Any future requests, updates or support can be conducted remotely from RCS' mirror system in Burbank, and the network plans to use the updated system for current F1 remote productions and possibly future events.

"Sky Sport has been an amazing client to work with. They're constantly looking to explore new innovations and approaches that enhance the audience experience," said RCS Co-Founder and Executive Producer Steven Heimbold. "This update to our Uppercut solution is a huge leap forward for creativity in remote live-productions, and we look forward to sharing the new functionality with current and future Uppercut clients who might also benefit."

About Reality Check Systems
Reality Check Systems (RCS) ignites on-air viewing experiences for some of the most-watched sporting, eSports and entertainment events on television. With offices in Burbank, CA and London, RCS has partnered with the world's leading sports leagues, federations, networks and social media giants since 1997 to fuel audience engagement through a customized fusion of dynamic graphics, real-time data, and social media. To give shape to each client's unique vision, RCS develops sophisticated graphics and production systems that can be seamlessly deployed in a wide array of professional environments.