Quantum of the Seas

Royal Caribbean International’s cruise ship with VSM for broadcast technology control
The cruise ships of Royal Caribbean International belong to the most exciting experiences in luxury cruise ships worldwide. Their first new-generation vessel is called Quantum of the Seas and is being built at Meyer Werft shipyard in Germany. Part of the extensive use of broadcast technology on-board is the VSM to be the overall Broadcast Control System to be used. Systems Integrator responsible for the project is Finnish company TV Tools Oy.

The on-board broadcast technology has been completely redesigned for the new ships. Technology is now HD throughout, and video and audio signalling is provided by a new platform. The heart of the system is the Riedel MediorNet signal routing system with 30-node spec. With an on-board broadcast centre all on-board broadcast systems can be controlled and the operators are allowed to work on two different productions simultaneously. 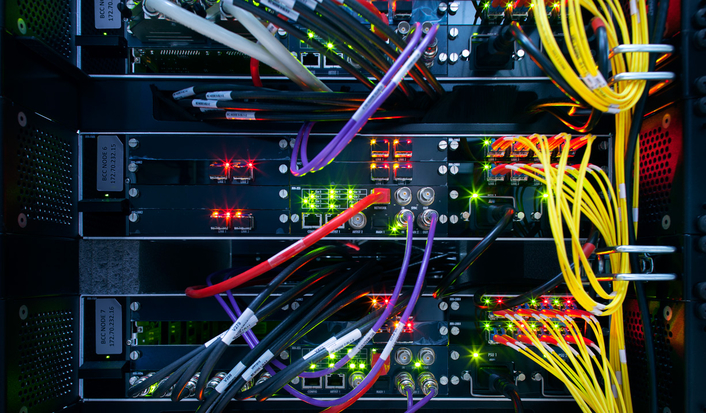 The VSM system by L-S-B controls the different systems, including all Riedel hardware, the video router, multiviewers and signal processing equipment by Evertz, and the AJA KiPro Rack recorders. The VSM is also used to control projectors and screens in different zones. The programmes produced are transmitted to the on-stage projectors and screens; it is then recorded or transferred to encoders for transmission to one of the 36 IPTV channels aboard the ship. 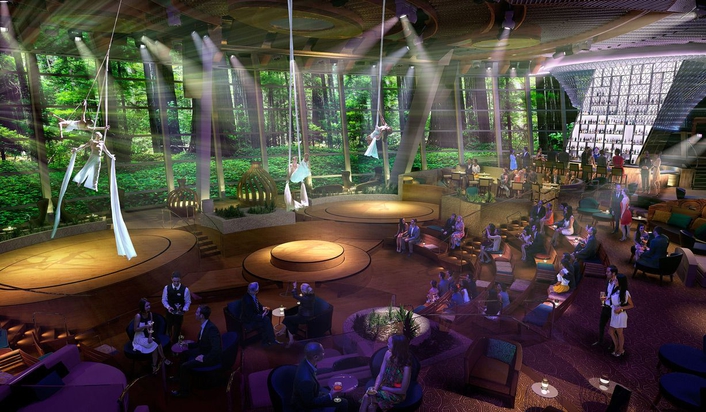 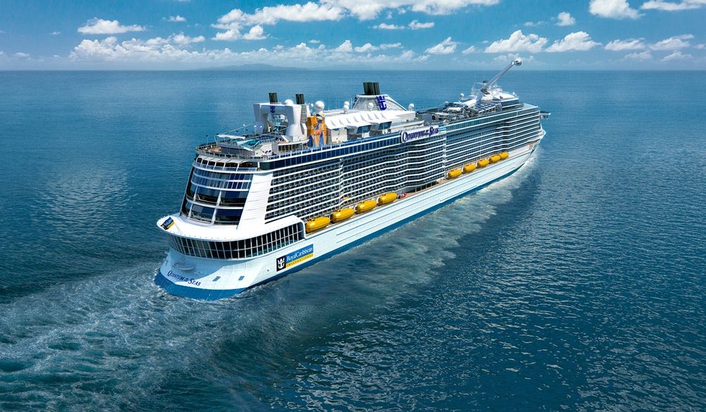 Different areas of the ship will have 22 remote controlled HD cameras by Panasonic. The cameras facilitate the recording of different performances across different venues, including Broadway musicals in the 1.200 capacity Theatre, rock and jazz concerts in Music Hall, and the flying dancers in Two70 located in the aft section of the ship. At night, the aft windows will create panoramic video mapping onto the 35 -metre wide, 7 -metre high projection surfaces which will provide a backdrop to on-stage performances.

Quantum of the Seas is built in 2014 before it departs for its maiden voyage to the Caribbean, where it will be stationed.