.
The Public Television of Russia, a new channel created by decree of the Russian government and launched in May 2013, has outfitted its brand-new Moscow facility with Calrec Artemis Light digital audio consoles. The consoles are being used in every studio to produce audio for a variety of news, cultural, and magazine programs.

The Public Television of Russia purchased four Artemis Light consoles with 32 faders and Hydra I/O boxes. The consoles are connected by Calrec's Hydra2 plug-and-play audio routing system, which enables the station to create a network of consoles at minimal cost.

"With the Calrec desks, we can configure in any combination we need for any production and send any source to any output of any console, so we can easily pass productions from one studio to another with full redundancy of interfaces, Hydra connections, and consoles," said Pavel Ozhiganov, chief technical director of The Public Television of Russia. "A decentralized system makes it possible for us to connect our mics anywhere in the Hydra network to create 'interstudio' productions."

The Artemis Light consoles met The Public Television of Russia's criteria for a decentralized architecture that would allow it to use any studio for any type of production. That means each studio can handle many different programs, which makes the entire facility more efficient. Furthermore, having multiple connected desks gives The Public Television of Russia complete redundancy for maximum uptime. Networked Stageboxes in each studio also gives extra flexibility across the facility. 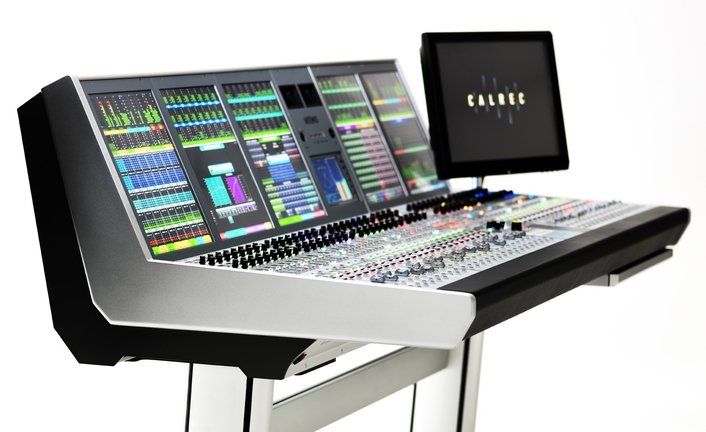 "In launching this channel on a short timeline, we couldn't afford to take risks, so it was important to install proven equipment that is known in the industry for its reliability and performance with the support to back it up," Ozhiganov said. "With Calrec, we got a well-respected product with the optimal architecture for our situation, as well as high-level training, within our budget and tight delivery schedule."

Using Calrec's Hydra2 technology and award-winning Bluefin2 high-density signal processing, Artemis Light has an enormous routing and processing capacity. Bluefin2 gives the console 240 channel processing paths with up to 128 program busses, 64 IFB/track outputs, and 32 auxiliaries — all in a 4U enclosure. The console's integrated router means all I/O functions can be performed by Hydra2 using high-capacity 8192² crosspoint routers and a variety of I/O units.

"The Public Television of Russia studios were built from the ground up for maximum flexibility and efficiency, and it's gratifying that Calrec played such an important role in that design," said Michael Reddick, European sales manager. "Calrec consoles give the station the infrastructure and stability needed to deliver solid audio on every program."