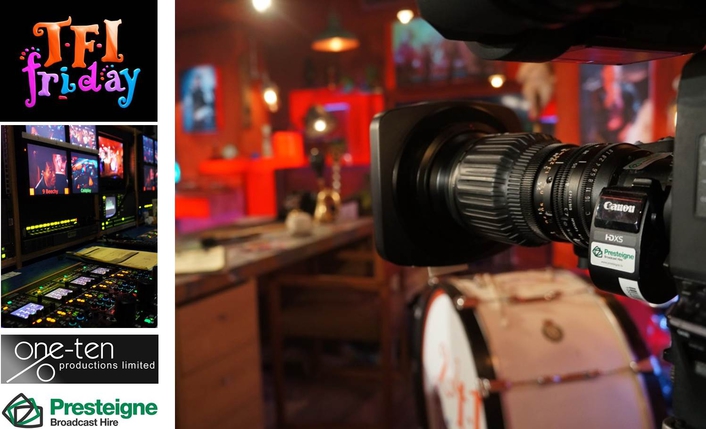 One-Ten asked Presteigne to supply the full production facilities for the TFI Friday set from the iconic and, at times anarchic, show’s ‘90s heyday, but at a new location in a vacant theatre in central London.

According to One-Ten Productions’ Peter Johnston, “We specialise in the development of high tech production solutions for studio and post production. The high-energy nature of TFI Friday requires all of our expertise and reliable support in terms of technology and deployment. Presteigne Broadcast Hire has been highly responsive, not only in selecting and delivering the appropriate technology for the series, but in providing ongoing onsite technical support.” 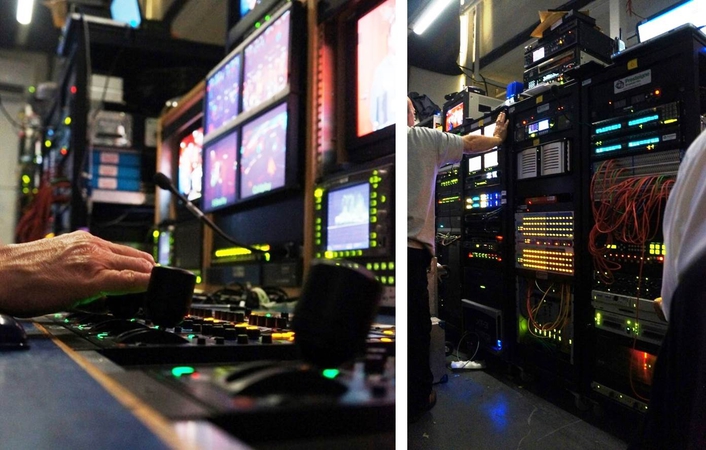 According to Presteigne’s Head of Technology David O’Carroll, “It’s established and reliable broadcast technology, deliberately chosen by us to suit the production and be familiar to the production team. TFI Friday is a fast-paced entertainment show, and as such the technology had to be able to cope with a degree of uncertainty and rapid change. Likewise, it was important not to force the production team into an on-the-job learning curve.

“For example, Howard Nock, the sound supervisor, regularly works with Calrec audio desks and is very comfortable with them, so it made sense to ensure he was on solid ground. The Artemis provides a huge amount of resources to account for rapid production changes, but in a relatively compact size.”

The lighting team was catered to with Presteigne-supplied OLED monitors identical to the camera shading monitors so the team can see precisely what is being captured in the studio.

Presteigne also looked after the production crew by providing Presteigne’s own studio furniture to make the TFI Friday studio feel like a real, permanent setup, unusual for a temporary install, which has gone a long way in making the production team feel comfortable rather than being cast into a tattered room in a disused theatre.

O’Carroll added, “It was a well-planned deployment. One-Ten Productions did a great job of organising the venue ahead of our arrival. We delivered the technology, configured it, and provided support as required, so it’s all been technically very smooth. 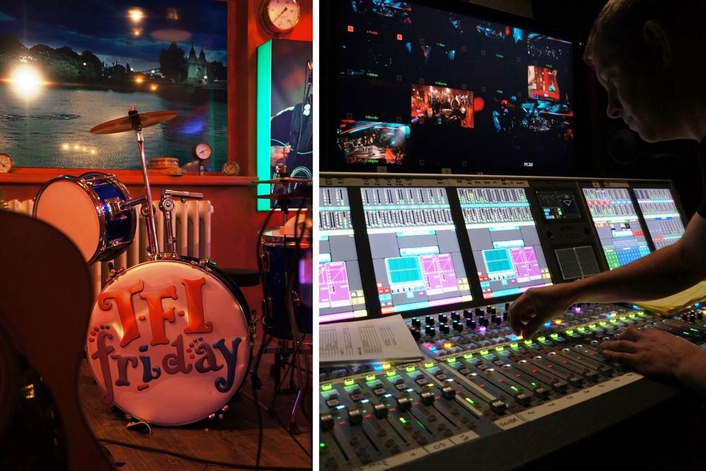 “My first job in television was as a sound assistant for the original TFI Friday in the 90s. A lot has changed in 20 years, but providing the right technology, at the right time, remains a core component of enabling production teams to make the programmes they want to make.”