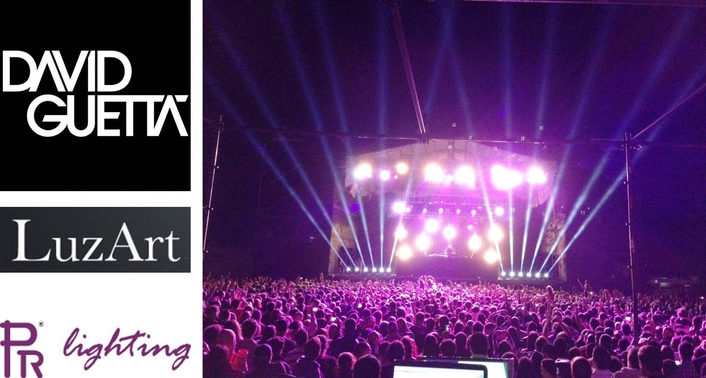 More than 15,000 people turned up at the Autódromo La Guácima, where technical production company LuzArt provided a dynamic infrastructure. This included 18 of PR Lighting’s super bright XR300 Beam, equipped with 300W Platinum 15R lamp and convex lens, and 36 compact XLED 336 LED moving heads. These were mounted on the backdrop truss, and on the ground, where they were used as floor FX.

LuzArt has been working with the Chinese manufacturer’s products for the past three months and the company’s owner, Francis Villalobos, confirmed that they were able to put up a compelling argument to the artist’s production team for using the PR Lighting fixtures. “Although they weren’t specified on the rider, Guetta’s production people were surprised and delighted by the quality of the XLED’s and XR 300’s — and the dynamics they created,” he said.

LuzArt themselves provided lighting operators for the local support acts.