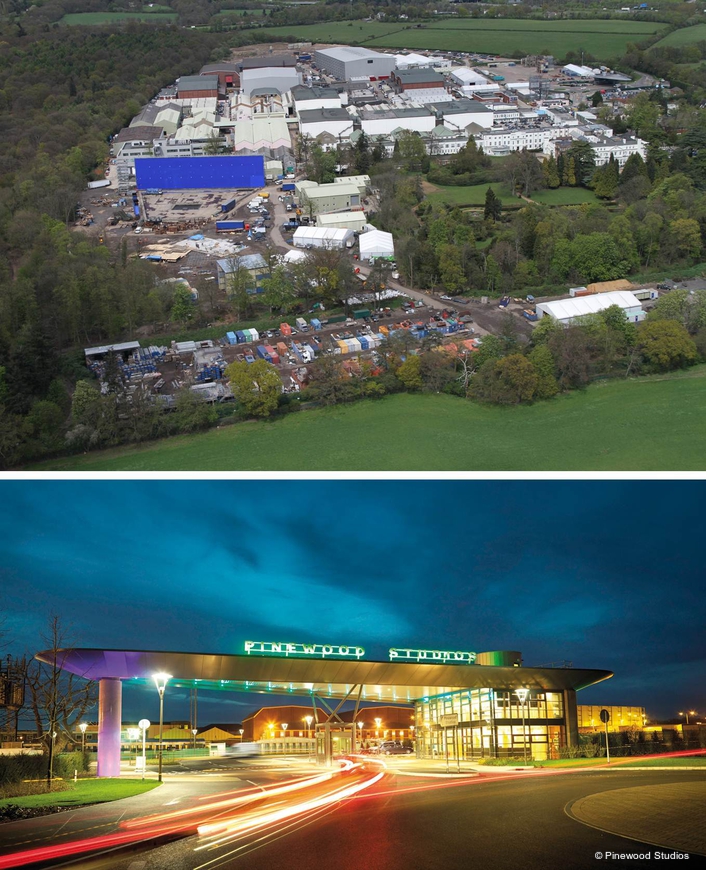 Pinewood Studios in the UK is one of the world’s most famous film and TV production facilities
 Recent investment in new technology at Pinewood ran to several million pounds. The modernized intercom system now includes an ADAM matrix and keypanels from the CLD, KP-32 and KP-12 series from RTS.

The UK’s Pinewood Studios has for decades been associated with the biggest international blockbusters. Among current hits, one could name Les Miserables, Skyfall, Snow White and the Huntsman and Prometheus  – all up for Oscars this year and filmed at Pinewood. And besides major films, the Studios’ output has included over the years a host of successful TV programmes, commercials and video games. Recent TV productions that have used the Studios’ facilities include: Would I Lie To You; The Rob Brydon Show; Don’t Stop Me Now; Love Machine; The Magicians; and Got to Dance.

The outstanding reputation of the Studios is based not only upon its infrastructure but also its equipment, facilities and skill base. To ensure Pinewood remains at the centre of the global film and television industry it is constantly investing in its facilities. Part of a recent modernisation programme at Pinewood included upgrading its TV galleries and as part of this, its communications system.

In the light of positive experiences with the company that go back several years, Pinewood opted once again for equipment from RTS, with not only the firm’s proven record of reliability but also the compatibility of the new RTS systems with existing ones strongly influencing their decision.

“Upgrading with the latest RTS products represented the optimal solution,” explains Paul Darbyshire, Pinewood’s Broadcast Director. “It allowed us to extend and modify the existing installation selectively.” A further point in RTS’s favour was that Pinewood technicians were already well versed in the use of its equipment. “That meant we could save time by installing and programming the update ourselves,” says Darbyshire.

The heart of the new system is an ADAM modular intercom matrix from RTS. Armed with up to 464 interfaces and seven rack units in height, the new matrix is capable of integrating up to 1,000 users into the intercom system. In addition, redundant power supplies and controllers guarantee uninterrupted communications under all circumstances. And furthermore, MCII master controllers support additional Ethernet connections between the intercom matrix and up to 32 PC clients via AZedit software. The ADAM matrix is accessed via keypanels of the KP-12-CLD, DKP-16-CLD, KP-32 and KP-12 series. 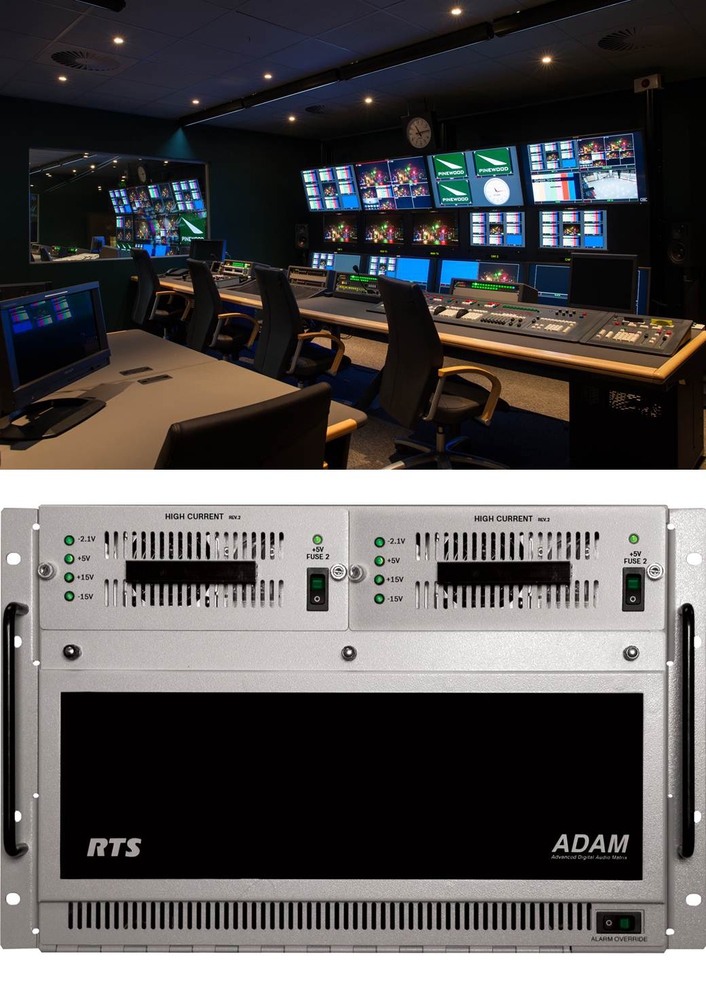 “Ideally, you always want to invest in the technology of tomorrow,” says Darbyshire, “but, given the pace of development, that is naturally very difficult. With this system, however, we’re as close as possible to the ideal solution.” What makes this possible, in Darbyshire’s view, is “the backwards compatibility inherent in the RTS philosophy”. This means the system can be extended and modified at any time through the introduction of new equipment and new technologies. Hardly surprising, then, that Pinewood’s overall verdict has been positive.