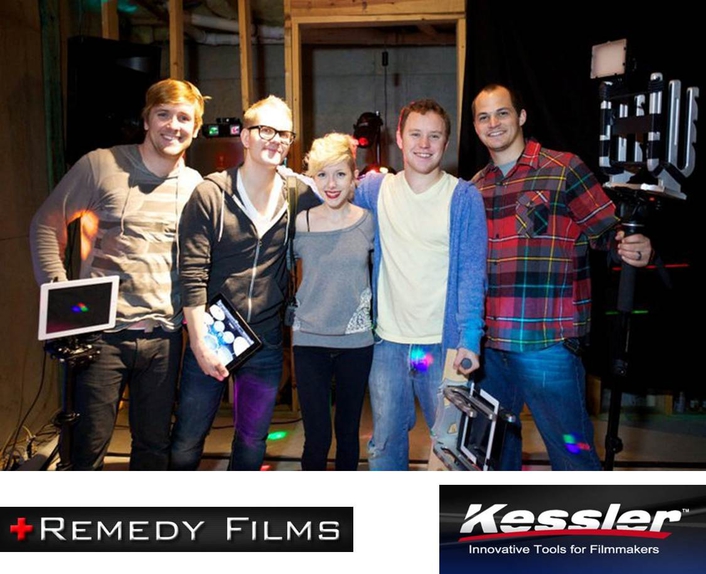 Remedy Films produced an entire music video a mere 20 hours after the iPad2 hit the streets
Unless you’ve been without power for the last several days, you’re aware that the iPad2 was recently released. Everyone knows about it, and everyone is talking about it even if they don’t know what an iPad2 is.

Case in point, my grandmother said she saw all of these people standing in line for the iPad2 while doing some shopping at the mall. She then promptly asked, “What’s an iPad2?”For video pros and enthusiasts, the main attraction has been its dual cameras on both front and rear sides of the unit that shoot 720p.Sure you can shoot with the iPhone4, but that tiny screen leaves a lot to be desired. The idea that you can shoot, cut and upload all from that massive screen excites me to the point of being dizzy.

The production company, Remedy Films, has beat us to the proverbial punch, and they did so by producing an entire music video a mere 20 hours after the iPad2 hit the streets.This wasn’t just some cat video or a clip of laughing baby either. This was a full on multi-camera music video shot totally with the iPad2…well, actually 4 iPad2s.Recently I had the chance to visit with Jamie Graff, co-owner and producer with Remedy Films, who along with his partners Chase Andrews, Dan Duncan and the artist Eddy, produced this music video that has gone viral.

KU: How did you get the idea to produce a music video with the iPad2?

JG: We were in Atlanta on another video shoot, and my partner Chase was talking about the new iPad2s coming out and the artist Eddy was there as well. We got to talking and we had seen someone do this before with the iPhone a long time ago, however, with the screen acting as a monitor and the camera shooting 720p, it was a combination of just knowing it was coming out and trying to promote the artist and ourselves and see what we could make with just a non professional camera.

KU: How did you guys get your hands on so many iPad2s. Were you guys standing in line or did you pre-order?

JG: Chase, Dan and I stood in line at the Apple store there in the mall in Atlanta for about 8 hours. Then the artist Eddy came out and stood in line as well. We had come up with the idea about 6 days before the it came out, grabbing anybody we could and immediately there we bought 3 in line and went immediately over to start test shooting the video because we didn’t have any idea how it was going to look.

KU: Did you guys keep the iPads or did you sell them?

JG: We bought 3 and another guy bought one as well and that was the one that Eddy used in the video itself. We’ve kept them all. We’ll be using them to showcase our work in the future and maybe we will shoot something else with them as well.

KU: As far as cutting them was concerned, did you use the iMovie app on the iPad2?

JG: We actually tried to use iMovie. That was the initial idea was to shoot it and edit all on the iPad2. So everything was iPad. The problem was with the iMovie app. It only allows you to do one fade at the beginning and one at the end but nothing in between. It also only allows you to do a hard cut throughout the body. It can’t make the type of precision cuts we needed to sync up the sound track with the video. This made it completely impossible to edit with the iPad2, because it wouldn’t be able to sync. We were also trying to take all of the clips from the various iPads and put them on one unit to edit, but you couldn’t preview the clips in iMovie either, so that was a problem. It was a really problematic work flow. We found out later that there is another editing app we could have used called Director’s Cut but at the time we didn’t know about it. 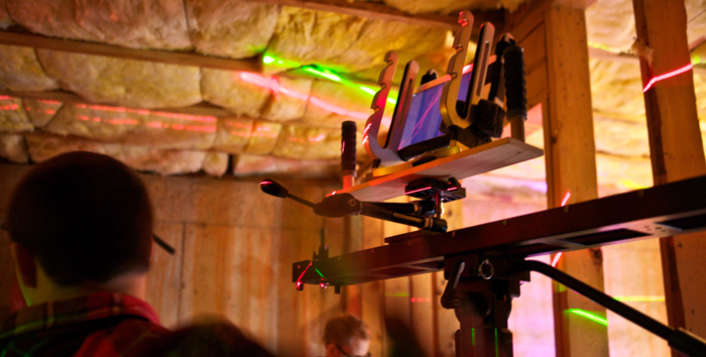 KU: Did you guys edit it in Final Cut?

KU: What rigs were you using?

KU: So how did you attach the iPad2 to the Cineslider?

JG: We used a big industrial suction cup we put on the backside of the iPad2 for the steady cam and the suction cup for that. We used a wake board rack, and we just slipped the iPad2 in there. It worked excellent on the mono pod and the Kessler Cineslider.

KU: How long have you guys used Kessler Products? Was the Cineslider your first one?

JG: It was. We’ve used a couple of different sliders originally, and then 3 weeks ago we bought the Cineslider with the Oracle drive system, and it has worked great for us.

Kessler U would like to wish Jamie, Chase, Eddy, Dan and everyone at Remedy Films for their timing, ingenuity and passion and for giving Kessler the opportunity to be a part of it. We look forward to seeing more from Remedy Films soon.

Founded in 2003, Kessler has seen a lot of changes. We've enhanced some of our original products, and we've added a few new ones as well. But one thing hasn't changed, our promise to deliver high quality in every product. No matter if it's a Kessler Crane or the Pocket Dolly, we deliver the highest caliber of craftsmanship so you get the best images possible.

Broadcast Pix iPixPanel for Apple iPad Available for Download from App Store
New iPad Teleprompter has arrived in EU and UK, from Schnittpunkt
ShowMgr.com™ Gets Portable with Apple iPad