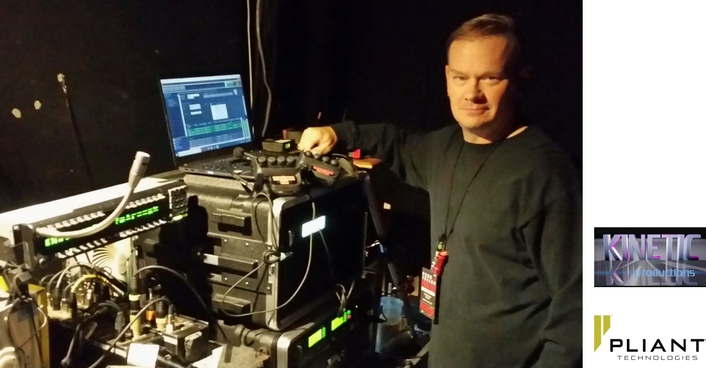 Systems’ Flexibility and User-Friendly Interface Prove to be Reliable for Season 7 of “Penn & Teller: Fool Us”

Known for their outrageous blend of magic and comedy, Penn & Teller's Las Vegas show takes a unique approach to live entertainment with provocative, hilarious, and often amazing results. When looking to upgrade the intercom system for season seven of “Penn & Teller: Fool Us,” Comms A2 Tony Kremer, founder of Kinetic Productions, turned to Pliant Technologies’ CrewCom wireless intercom system. The show required a solution that offers increased flexibility and usability, and seamlessly integrates with the venue’s existing hardwired intercom systems for broadcast and theatrical use. Since 2014, America’s favorite comedy/magic duo has presented their “Fool Us” television show at the Las Vegas Rio Hotel and Casino.

“With our previous system, each base station offered only four 2-channel beltpacks, limiting our capabilities in terms of communication,” says Kremer. “When looking to upgrade our wireless intercom, it was of utmost importance to deploy a flexible system that simplifies frequency coordination and offers up to 4-channels per pack. I was thrilled to find exactly what we were looking for, and then some, with Pliant Technologies.”

“One thing that immediately impressed me was the ability to configure both 4-wire and 2-wire ports on the same conference within the control unit,” adds Kremer. “This allows for up to eight possible intercom paths within a single control unit for maximum versatility. All paths are adjustable within the CrewWare software, so matching levels was a breeze. Another benefit of the CrewCom system is its advanced assignable ISO feature, which can be engaged on any RP channel via a simple push of the volume button. This allows for private communications between wireless users without interrupting hardwired users in the production truck or the theater. However, the absolute best feature is the automatic assignment of the frequency hopping patterns in the 902-928MHz band, which eliminates the need to coordinate frequencies with the RF microphones and IFBs. This is an amazing timesaver.” 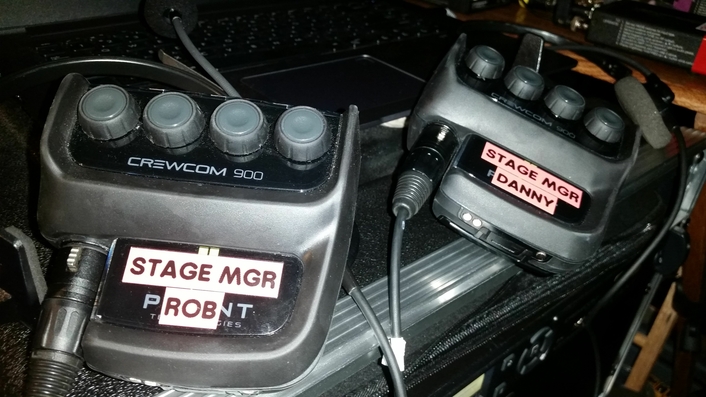 Kremer finds CrewCom RPs to be a sturdy and user-friendly solution that can keep up with the fast pace of live productions. “The rubbery, textured construction of the RPs makes them durable and easy to grip — they literally bounce off the floor if we drop them, instead of falling apart like our previous beltpacks. Also, the four separate volume controls make the user experience much more pleasant and intuitive. Kudos to Pliant for keeping it simple for the non-technical end user.” 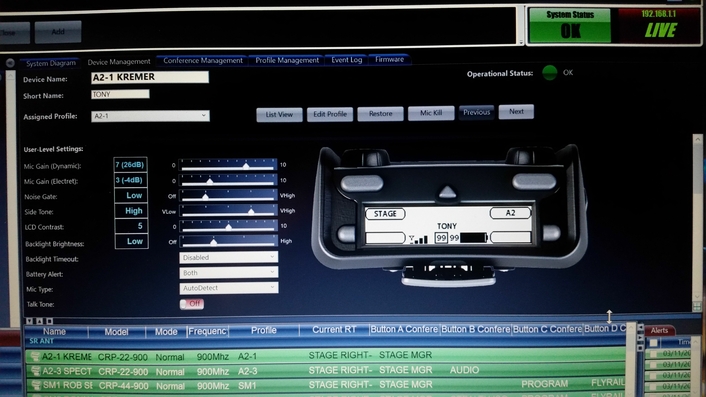 In addition, the expandability of Pliant’s CrewCom system has proven to be beneficial for “Penn & Teller: Fool Us.” “Another great feature of the Pliant system is that the CU can accommodate up to 18 RPs, so adding additional packs is easy to do at any time,” says Kremer. “We started off with four RPs and have happily worked our way up to eight. For next season, I plan to add at least four more RPs and one additional radio transceiver, with perhaps some fiber connectivity for long-range applications. I look forward to expanding my CrewCom system and using it on many more shows in the coming years!”

About Kinetic Productions
Kinetic Productions was founded in 1990 by principle owner, Tony Kremer, who recognized a need for top-notch audio and video production, both for the local Las Vegas market, and for national broadcast/corporate producers. Kinetic is a full-service production house offering video and audio production, post-production and editing, lighting, specialty gear, teleprompter services and rentals. The company specializes in providing support for various applications, including music and entertainment, sports television, news broadcasts and more.

About Pliant Technologies
Pliant is a leading provider of professional wireless intercom solutions ranging from simple out-of-the-box configurations to large-scale designs for industries such as broadcast, live sound, theatre, and many more. As the professional division of CoachComm, Pliant is best known for the revolutionary Tempest® wireless intercom system, which is used daily in more than 40 countries. Pliant is part of an extensive company history of providing intercom solutions to sports and professional markets, and consists of a team of industry professionals dedicated to the company’s tradition of innovation and service. Developing communication technologies that are dependable, durable, and easy-to-use has made CoachComm the worldwide leader in critical communication solutions.