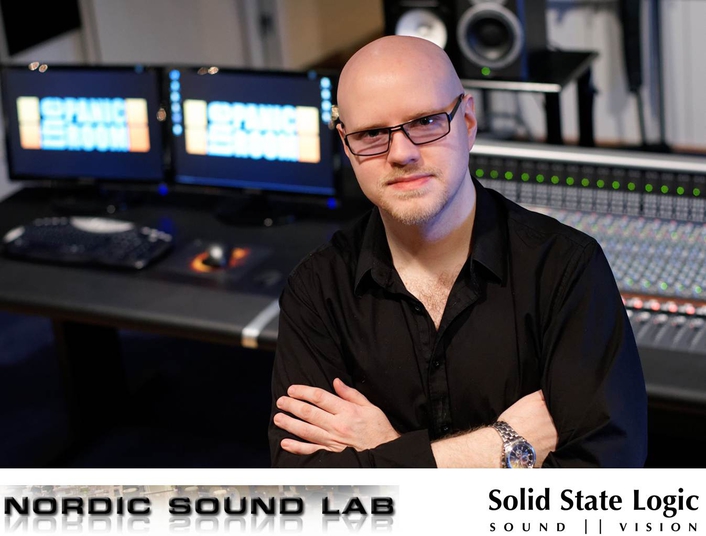 Console is the Centerpiece of the New Facility
Solid State Logic, the world’s leading manufacturer of analogue and digital audio consoles, is pleased to announce that The Panic Room, a mixing and mastering facility at Nordic Sound Lab in Skara, Sweden, has recently installed an AWS 924 Hybrid Console/Controller in its new facility.

Since first opening its doors in 2001 in the original location in Skövde, Sweden, The Panic Room has become mix central for multiple Swedish platinum, gold and Grammy Award-winning recordings through a range of genres from country, pop and rock to house, electronic and extreme metal. Recent award-winning projects include The Knockouts’ Among the Vultures and Watain's Lawless Darkness.

“When we moved into our new location, we made the critical decision to focus on mixing and mastering – shedding the large recording space we had in the original location,” says Thomas ‘Plec’ Johansson, owner and chief engineer for The Panic Room. “Our clients often record tracks in private facilities, but need a place to go to bring the sound together through the mixing process. The AWS 924 gives us the sonic accuracy needed to make critical decisions on tracks that vary greatly in sound quality. The AWS allows us to work the way I like to work, has great EQs and addresses working with a DAW from the console. Audio simply sounds great running through the AWS.”

The Panic Room consists of a control room featuring the AWS 924 with associated tracking room for vocals, guitars and smaller drum sessions. The facility also offers a separate mastering suite and guest accommodations for clients who need to stay at the facility to finish a project.

“When we looked at other consoles, the AWS was the only choice for our facility,” continues Plec. “The clarity, imaging and depth that you can get out of the board opens your eyes to mixes previously done in-the-box. I’m not one of those people that will say that in-the-box mixes sound bad – you can get a great mix in-the-box if you work hard at it. But it’s much easier to get it with the SSL because the audio sounds better right from the start.”

According to Plec, return clients are going wild about the sound quality and can’t believe how much closer the sound gets to the ideal without any outboard gear. “Our outboard gear has gone from saving the day to being icing on the cake,” states Plec. “Where we used to go to outboard gear all the time, now we only use it for special treatments and sounds. About 80 to 90 percent of the audio is done in the console. We also have placed the DAW screens to the left of the console because the AWS lets me sit in the sweet spot, listen and just get down to mixing, so I am not being distracted by what is on the screen. With the AWS, you don’t need to think about how it’s working or how you are going to accomplish a certain task. When you don’t need to think about the technology, mixing becomes a focused and more musical thing. I very much like that.”