Panasonic Explores the Future of Broadcasting at IBC 2011

With its largest stand to date, Panasonic will showcase cutting-edge workflow, metadata management and archiving solutions
Panasonic Europe confirmed today that it will be using this year’s IBC in Amsterdam to focus on a number of key technology areas as part of its commitment to the growth of the broadcast industry.  In particular, the company will highlight its vision for the future of broadcast through the exploration of its latest camcorder and display technology, advancements to its flexible codec and workflow solutions and its involvement in the 2012 Olympics.

With its largest stand to date, Panasonic will showcase cutting-edge workflow, metadata management and archiving solutions designed to streamline the recording and production process from capture to delivery.

Firstly, the company will demonstrate its new AVC Ultra (AVCU) recording format, a unified codec that supports a wide range of data-rates. Based on the H.264 standard, the superior flexibility of AVCU means that it is suitable for both high-end and mainstream production, making it a good choice in a number of professional applications including filming in 3D. Panasonic will also be focusing on new tools for Metadata management including automatic metadata gathering using easy and intuitive data creation that allows broadcast content to be stored, traced and received in less time. Finally, as the industry moves towards a media-less environment, Panasonic will share its developments in cloud based solutions designed to help broadcast professionals deliver content such as breaking news faster and more efficiently. 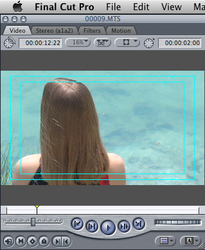 Christian Sokcevic, Director of Professional AV Europe at Panasonic, said: “The broadcast industry is on the cusp of change, with 3D now a firm reality and professionals inspired to create new content, the question now is how do we capture and deliver it seamlessly and in the highest quality. Our presence at IBC this year is focused on making those dreams a reality, from updates and advancements of our revolutionary camcorders to our flexible codec, AVC Ultra and the latest real-life cases of 3D. We’ll also be sharing exciting new developments around Panasonics involvement in the 2012 Olympics, which will continue to push the limits of the broadcast industry.”

A full Panasonic camcorder line-up will be available to view at the show. As an extension of its main stand presence, Panasonic’s Knowledge Village will provide a camera surgery where visitors can see the components of each camera, learn about the technology and ask questions from dedicated experts throughout the show.

Lastly, Panasonic will host a press conference on Friday, 9th September at Nemo Science Centre in Amsterdam, where Panasonic Europe Chairman and CEO Laurent Abadie, will share Panasonic’s 2012 Olympic plans. The London 2012 Olympic Games will be the tenth Olympic Games where Panasonic's digital technologies will be used as the official recording format since the Barcelona 1992 Olympic Games.  The official international video will be produced and distributed in 1080/50i High-Definition (HD) format, during the full 19 days of sporting competition and expected to deliver the images of the world's biggest sporting event to the billions of TV viewers around the globe.