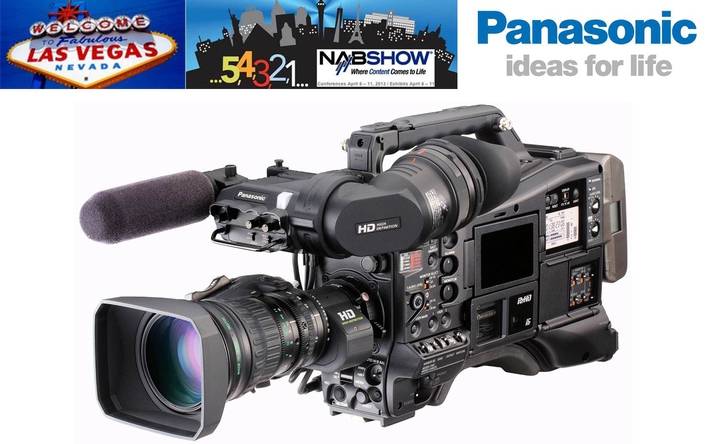 At NAB, Panasonic will show the PX5000G, which takes advantage of the new AVC-Ultra codec.
The roadmap for AVC-Intra takes into accounts recordings from 25Mb/s up to and including the latest flavor of 4K resolutions (called AVC-Ultra).

While virtually every other major professional camera manufacturer is touting exaggerated resolution numbers or pixel counts to market their products, Panasonic appears to have chosen its AVC-Intra compression platform as its secret sauce to acquisition success (and signal processing). The roadmap for AVC-Intra takes into accounts recordings from 25Mb/s up to and including the latest flavor of 4K resolutions (called AVC-Ultra).

There appears to be widespread industry support for AVC-Intra/Ultra compression. The latest Avid software development kit, for example, includes a series of workflow plug-ins designed to allow Avid Media Composer editors to work with the AVC-ULTRA codec family (AVC-Proxy, AVC-Intra and AVC-LonG).

Panasonic said its AVC-ULTRA offers master-quality and/or low-bit-rate 10-bit, 4:2:2 recording in 1080-line HD to address the entire content creation and distribution chain. AVC-LongG, offering heavier compression but smaller file sizes, features 10-bit, 4:2:2 sampled recording. The company said it envisions a myriad of applications for the codec, aside from cameras.

At NAB, Panasonic will show the first camcorder that takes advantage of the new codec, the PX5000G. One executive called it “Panasonic’s best-ever shoulder-mount camcorder.”

Optional AVC-Intra200 (“virtually lossless”) recording can be added to the camera, offering twice the bit rate per frame of AVC-Intra100 recordings. High-resolution AVC-Proxy recording is also available as an option.

The PX5000G features wireless and wired connection capability with Wi-Fi, USB and Gigabit Ethernet, including wireless control of key camera functions from a smart phone. In addition, live cellular video uplink transmitters from LiveU, AVIWEST, Streambox and TVU Networks can be added as an option, as can optional modules for wireless metadata input and variable frame rates adjustments.

Other features include a new user interface that makes camera functions easy to access from an LCD display on the side of the camera; a 16:9, 3.5in 920,000-dot resolution LCD color viewfinder, which doubles as a LCD monitor when open; a simplified waveform and vectorscope; a 10-pin remote terminal enabling remote camera operation; and an optional camera studio system.

Panasonic’s stated reasons for justifying the camera’s hefty $28,000 price tag (to be available in the fall) include that this is a 1080/60p P2 camera designed for higher frame rate, higher-resolution applications. Its P2 line did not offer that before. It also said the camera addresses unfulfilled “niches” in network news, documentary, high-end corporate and sports production, as well as the rental market.

While most new cameras coming on the market today look like handheld foreign objects to experienced newsgatherers, this camera should make the died-in-the-wool shoulder-mount crowd happy.

At the NAB Show, Panasonic will also unveil the AJ-PD500, its first P2 HD recorder with native AVC-ULTRA recording and built-in microP2 card slots. The PD500 is also the first P2 deck that will record in full-resolution, 10-bit 1080/60p (in AVC-Intra100).