Outside Broadcast goes HD in Brazil with Soundfield 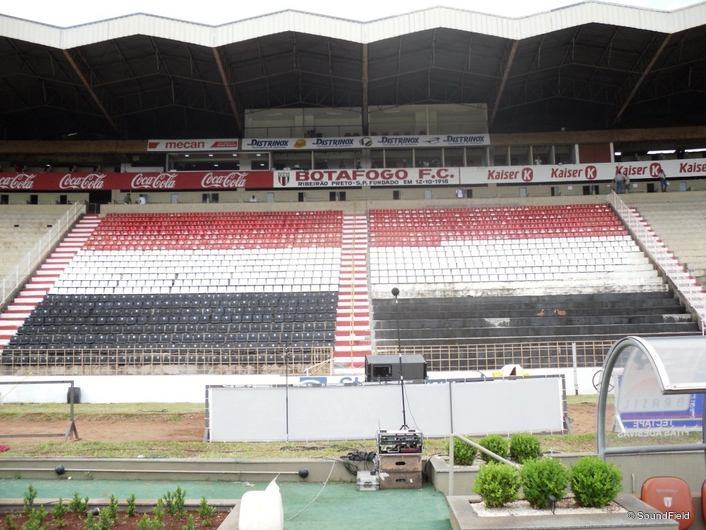 The DSF-2 Mic in use at a Brazilian Stadium
Globo TV, the longest-established TV network in Brazil, has become the first broadcaster in South America to invest in SoundField’s digital surround microphone systems for high-definition broadcasting. The SoundField DSF-2/DSF-3 system has been installed in Globo's new high-definition outside broadcast unit (the largest HD OB vehicle in the Southern Hemisphere, according to Globo), which entered service in mid-January 2010.

Globo began their plans for switching to 1080P HD broadcast in 2007, and sent managers to the IBC exhibition in Amsterdam that year to gather information about the equipment they would need for mobile HD broadcast with accompanying audio in 5.1 surround. According to Anderson da Silva Viana, TV Systems Project Engineer at Globo TV, SoundField was one of the first companies Globo had discussions with, even at this early stage.

"Before we had even listened to the SoundField system, we were impressed by some of the comments other broadcasters had made," he explains. "The principal point for us was that we have to have a good downmixed product from 5.1. In Brazil, most TV sets are still mono and stereo. We wanted to produce a 5.1 signal with a good image and quality, but without affecting the quality of the mono and stereo audio, and we felt that SoundField's products gave us that." 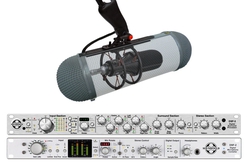 The multi-capsule SoundField DSF-2 microphone and its associated decoder allows audio to be captured in three dimensions for output in mono or phase-coherent stereo, M&S or surround in a variety of formats, simultaneously if required. The DSF-3 processor, which may be connected to the DSF-2 by AES3 cables of up to a kilometre in length, specifically decodes the output from the DSF-2 to 5.1 surround sound suitable for HD transmission. What’s more, because the 3D audio information captured by the DSF-2 is perfectly phase-coherent, the 5.1 audio may be folded down to stereo without producing any unpleasant phase artefacts. For all these reasons, the DSF-2/DSF-3 combination has proved the perfect package for forward-thinking broadcasters that wish to transmit audio in 5.1 for their HD viewers and stereo for their legacy SD customers.

"Another thing I judged very important for our model of transmission is that the SoundField DSF-2 only uses two cables to connect to the DSF-3 hardware in the mobile unit,” adds Anderson. “This really helps our cable guys a lot, because that has decreased the number of cables we need to run into the stadium or venue. Also, the cables can be a very good length." 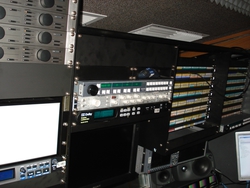 The DSF-2/DSF-3 combination has now seen its first outings in Globo's new HD OB unit, covering national soccer matches. "I've had excellent reports back from our sound engineers about the SoundField," reports Anderson da Silva Viana, "They were able to easily control the stereo and mono images when downmixing the 5.1 signals. Just as we hoped, it seems we can achieve great results using just SoundField's microphone."

Now that the high-definition outside broadcast unit is in service, the SoundField system will be used to originate 5.1 audio for a wide range of cultural programming, including live music shows and HD coverage of the famous annual Carnaval in Rio de Janiero. The HD sports coverage is also being widened, taking in coverage of Brazilian stock car racing, Formula 1 and national volleyball league matches in addition to the existing soccer coverage.

"It’s gratifying that one of South America's largest broadcasters has invested in the advantages of SoundField’s broadcast technology," comments Ken Giles, SoundField's Managing Director. "The DSF-2 and DSF-3 have become industry-standard means of originating 5.1 surround for broadcast in Europe with HD broadcasters like Sky, and we're confident that 2010 will see the use of our systems continue to widen internationally."