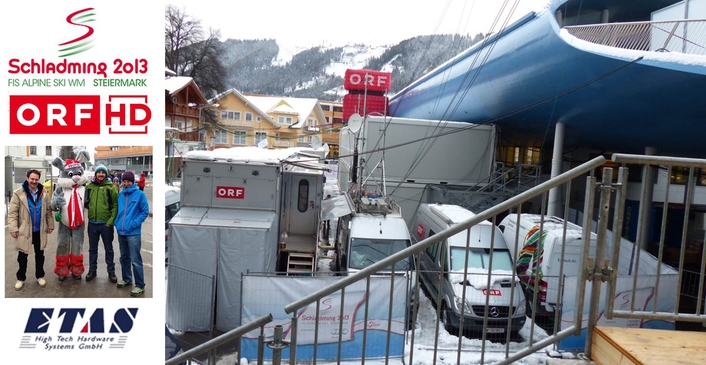 Proven storage system again in action at live sports event
As in previous years, the ORF used again the Ardis DDP central storage for its live broadcast of this year’s FIS Alpine World Ski Championchips, which took place from 4th to 17th February 2013 in Schladming, Austria. For the production of the national feed ORF used a DDP with 144 TB of storage in hot failover configuration. The DDP system consisted of two heads and four expansion chassis with Raid6 sets and 2 x 10GbE uplinks, that were connected through a Cisco 4000 series switch with the clients.

By connecting four EVS IP Director systems via UNC path to the DDP volume a very stable and high-performance workflow with the EVS used XT2/XT3-Servers could be guaranteed.

Due to the high performance and absolute reliability even under the extreme conditions of a live sports event, the DDP storage systems are best suited for these tasks. Depending on the requirements, the ORF's own DDP setup can be flexibly scaled up to six DDP expansion chassis (up to 216 TB net) in space and performance. 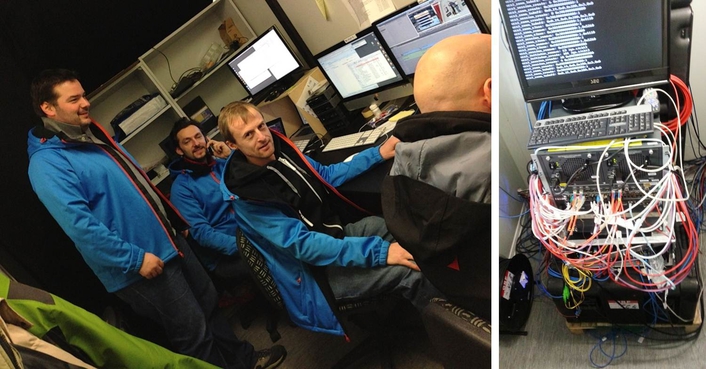 „Thanks to the very open and flexible platform of the Ardis DDP storage, even short-term workflow extensions could be still done at location“, so Wolfgang Diwisch (Head of Editing ORF).

The DDP is regularly in use by the ORF since 2011 in various configurations for major live sport events, including the Alpine World Ski Championships 2011 in Garmisch-Partenkirchen, the 2012 Summer Olympics in London and the FIS World Cup 2012/13 at the previous locations Sölden, Semmering, St. Anton, Flachau, Seefeld and Kitzbühel.