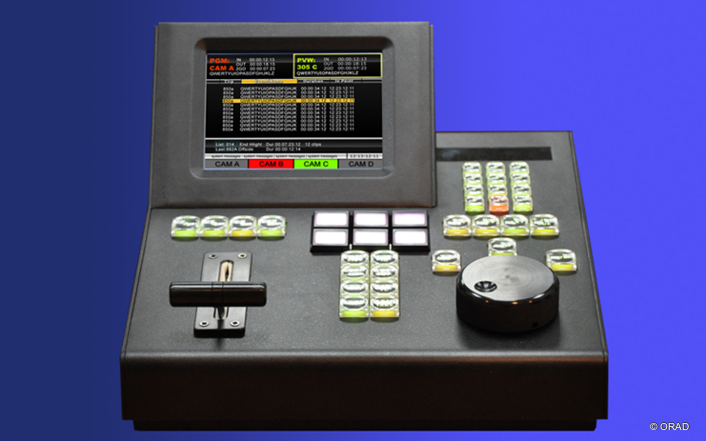 PlayMaker
Orad, a world leading provider of real-time sport video graphics solutions, will be unveiling this NAB some new powerful capabilities for its PlayMaker sport server replay system. Understanding the challenges of live sport productions, the PlayMaker sport replay server now offers support for super slow motion and 3D stereoscopic productions based on its unique up to 8 channel server - and all from a compact 3U chassis.

Each PlayMaker server can be controlled by one or two separate controllers, each assigned with its own output while sharing the same clips and playlist database.For 3D stereoscopic productions, PlayMaker can offer a unique three 3D stereo ingest, and 1 stereo output with all of PlayMaker's advanced smart controller capabilities.