Increasing Consolidation in the Standardization Landscape
The Open IPTV Forum (OIPF) and MPEG Industry Forum (MPEGIF) announce they have reached agreement to merge the assets of MPEGIF into the OIPF.

The activities of the MPEG Industry Forum have reached a natural and successful conclusion with the emergence of MPEG-4 Part 10, alternatively known as H.264, as the dominant codec in next generation video technology and the proven successor to MPEG-2.

As in 2011, when the Broadcast Mobile Convergence Forum (BMCO) merged into OIPF, which followed the Internet Streaming Media Alliance (ISMA) merging with the MPEGIF, these asset mergers represent natural consolidation in a maturing industry - the positive result of cross-industry consensus on fundamental technologies. Now, in an ever converging, cross-media, global market, the challenge going forward is to enable interoperability across increasingly complex connected consumer devices and services on a global scale. This is the mandate of the specifications developed by OIPF and the clear logic behind the consolidation of MPEGIF’s efforts and assets into the OIPF.

Nilo Mitra, President of OIPF says “We are pleased to contribute towards this consolidation of the work from the MPEGIF and welcome those additional members from the MPEGIF who join our efforts “.

“The end result is that the Open IPTV Forum will be an even stronger and more vigorous industry body, representing all constituents and contributors within the ecosystem of businesses creating and delivering the next generation of television entertainment”.

David Price, President of MPEGIF and Head of Business Development, Compression, Ericsson. says "When the MPEG Industry Forum was founded the future of IP based video technology was far from clear, except that the industry knew that conventional TV services were going to be radically and permanently changed".

"At the center of this revolution was the emergence of new, highly efficient codecs that enabled new business models such as TV over DSL and broadband television. As the premier industry body advocating adoption of standards based technologies with over 100 companies in its membership, MPEGIF used educational MasterClasses at major trade shows and 9 rounds of interoperability testing to show that MPEG-4 AVC (H.264) was the clear successor to MPEG-2 for the next generation of services. We are pleased to declare ‘victory’ and merge the assets of the forum into the Open IPTV Forum going forward.”

Prof. Dr. h. c. Sebastian Moeritz, Chairman of MPEGIF and Professor at the St. Petersburg State University for Film and Television  comments that "MPEGIF has, without a doubt, played a significant role for almost 13 years in shaping digital television and next generation multimedia applications, making MPEG-4 AVC/H.264 a major driver for video delivery over all possible networks to virtually any device."

"What we as an advocacy group have achieved with facilitating the widespread adoption MPEG-4 AVC/H.264 is a fantastic result and absolutely unique in its kind. With this and our merger into the Open IPTV Forum, I would like to express my gratitude, respect and admiration to all our member companies from around the world, past and present, creating the success of MPEGIF through their tireless efforts, to our numerous board members, dedicating countless hours of hard work running MPEGIF over the years and, not at least, our management company, AMS, for their outstanding services." 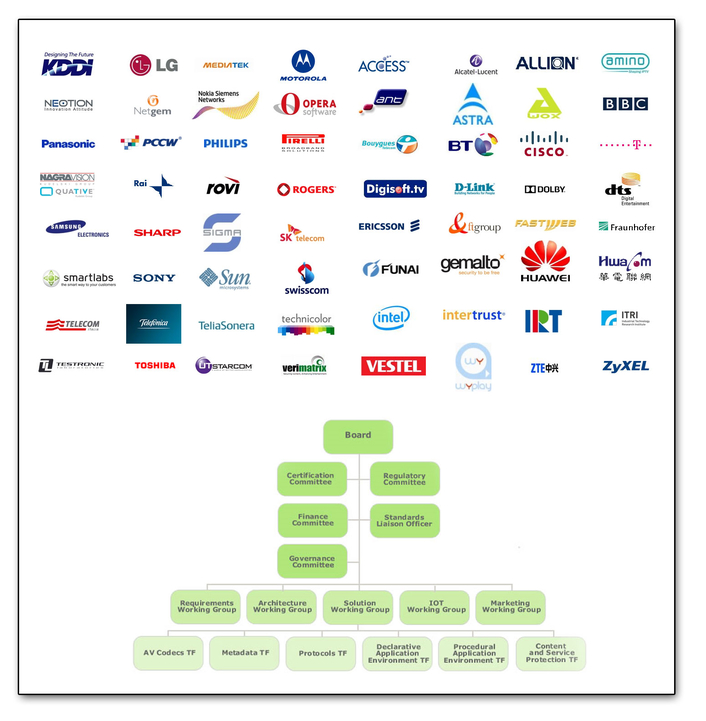 About MPEGIF
The MPEG Industry Forum is an independent and platform neutral not-for-profit organization representing more than 15 international companies and organizations from diverse industries with the goal to facilitate and further the widespread adoption and deployment of MPEG and related standards in next generation digital media services. It provides a forum to exchange information and views on technological, economic and regulatory issues that are relevant to these services. It also provides a powerful industry voice advocating the adoption of standards and consolidating the direction of the industry in the time of transition from analogue to digital television and media services.The outgoing Board of Directors of the MPEG Industry Forum includes President and Treasurer, David Price from Ericsson; Chairman, Prof. Dr. h. c. Sebastian Moeritz from St. Petersburg University; and board members Dr. Yuval Fisher from RGB Networks and Dr. Sean McCarthy from Motorola Mobility.