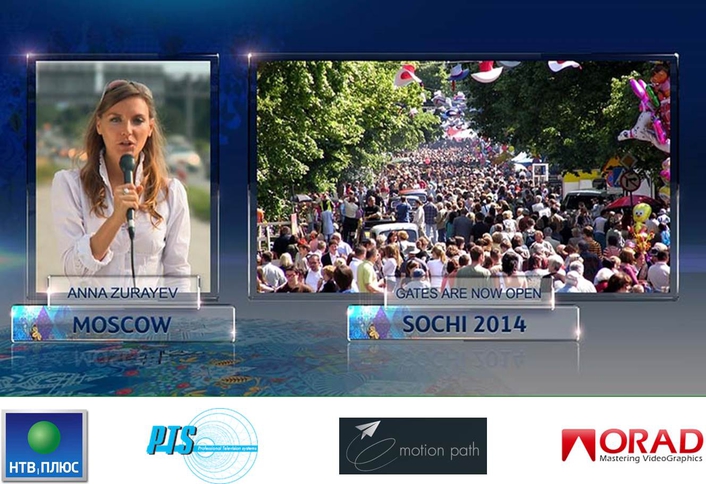 .
NTV+, Russia's digital satellite broadcaster, has chosen Orad to cover the 2014 Sochi Winter Olympic Games. NTV+, the host broadcasters for the Sochi Olympics who have domestic broadcasting rights for the entire event, will be using multiple Orad graphic solutions to facilitate and simplify their production workflow.

Olympic broadcasts traditionally require complex productions because of the many simultaneous events. With Orad’s TD Control and graphic solutions, NTV+’s high paced production will run smoothly and efficiently. NTV+ will be able to easily control their Olympic productions by handling multiple live video boxes and graphics from the different events from a single user interface, ensuring synchronization between operators and devices. NTV+ will also be able to control real time graphic tables displaying the athletes’ standings, metals, etc, as well as informative lower thirds and crawls. Multiple TD Controls and rendering platforms will be used both in the Olympic center in Sochi and in NTV+ Moscow studio to control the video boxes and graphics, as well as to display the graphics and video insertions in 8K resolution on the video walls in their Moscow studio. 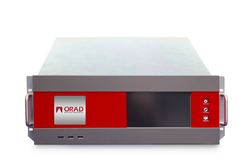 In addition, Orad will provide NTV+ with a complete graphics package for all the Olympic events, which will be designed and implemented by the award-winning Canadian agency Motion Path from Orad's 3Designer authoring software, including; tables, statistics, logos, country flags, venue details, schedules of other games, etc, and which will be integrated to the Olympic database, ensuring accurate, up to the second data.

Professional Television Systems (PTS), Orad’s system integrator, took an active part in the design and integration of TD Control into NTV+ existing systems. PTS’ engineers were able to quickly and successfully integrate the system thanks to their in depth knowledge of TD Control.

“Orad’s solutions will provide us with rich graphics and functionalities required for such a complex live sporting event”; Oleg Kolesnikov CTO NTV+.

About Motion Path
Motion Path is a creative services provider with the emphasis on real-time 3D graphics for broadcast television. The team comprised of seasoned industry professionals from the broadcast world who have delivered some of the highest profile productions in television, including the Super Bowl XXXIII, the World Series, US Presidential elections, and newscasts for ABC, NBC, CNN, CNBC, ESPN, FOX, Global, CBC/Radio Canada and many others. The team has also won a number of prestigious design awards for work on design projects in the U.S., Canada and Europe.