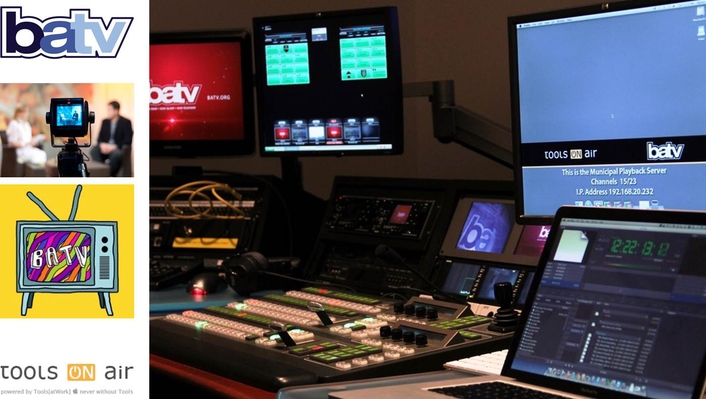 BATV Implements ToolsOnAir as Part of a 21st Century Workflow
On any given day, the studios of Brookline Access Television are abuzz with people and productions, creating and delivering a busy schedule of local programming and services.

But BATV is more than just a neighborhood cable access channel - the station serves as a nexus for multimedia technology in the community, serving the Metro Boston area with high school and adult classes and seminars in video editing, graphic design, animation, and more.

"Public access TV is very strong in the US, and as the public has become increasingly sophisticated, people expect a higher level of content," explains Peter Zawadzki, BATV's Executive Director. "Today's YouTube generation is practically born with a camera attached, and we're not teaching them how to do video so much as how to improve the video they're already doing."

With two local channels in operation 24/7, BATV's dual Mac-based production facilities include 50 HD edit stations equipped with ToolsOnAir's Broadcast Suite workflow. The systems are used for everything from editing classes to on-air content creation, with productions ranging from simple talking head fare to children's shows, community events, and a wide range of programming material. "Needless to say, we generate a lot of content," says Zawadzki. He explains their choice of ToolsOnAir's Broadcast Suite for their workflow.

"We're not the typical user of their system, but it works well for our purposes," he observes. "For example: In the standard broadcast scenario, you do not want gaps in your playlist. If you have a gap in your playlist you have a severe issue. In our industry, there are gaps in the playlist. Somebody may produce a show that is 23 minutes long, and the next one may be 28 minutes. ToolsOnAir's workflow enabled us to implement a playlist to be able to fill in those gaps with a defined list of public service announcements, or whatever it may be. We were able to adapt the product for our needs."

One of the biggest challenges the ToolsOnAir system has addressed, says Zawadzki, has been the time-consuming need for multiple versions of all content. "We create all our content in HD, but we need to deliver standard definition for local broadcast. We were converting footage to MPEG2 for broadcast, as well as hi-res H264 for archiving and low-res H264 for the Web. Even though it's an automated process, we were spending a tremendous amount of time and resources on it."

Using ToolsOnAir's Broadcast Suite, files can now be completed and uploaded in a single format. "With ToolsOnAir, now we can transcode our finished product into a single media file. We upload that to a media server, and it's delivered to the viewer in whatever format is needed. That's hours and hours of time we no longer have to spend on redundant file transcoding. Getting a project from completion to air used to take an average of two to three days - now we can do it within 12 hours." 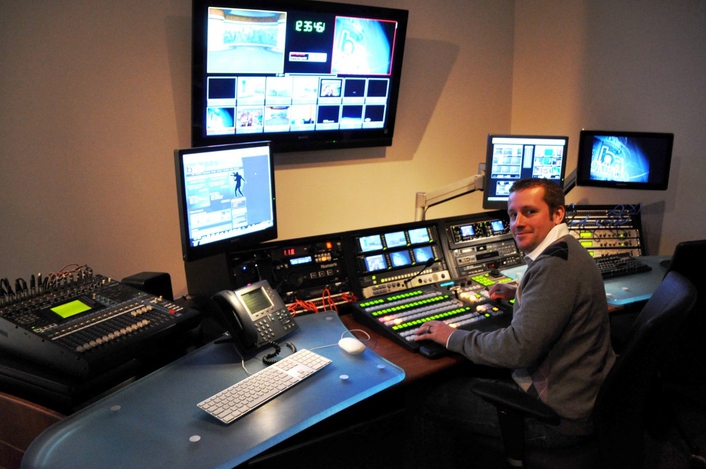 BATV is also implementing ToolsOnAir's integration of real-time graphics and social media, says Zawadzki. "One of our purposes as an organization is to cover municipal meetings, provide election coverage on local elections and so forth. With ToolsOnAir, we are working to implement the next model of interactive television, which includes having a live twitter feed during the broadcast. This will allow people conducting municipal meetings or other events to actually communicate in real time with people watching the programming."

"The ability to integrate graphics is also a great thing for us in terms of branding," Zawadzki continues. "It allows us to create a level of consistency within our programming by branding the channel, implementing tickers, creating 'what's next' tags and really achieving a continuity across our content. Ultimately, we're able to deliver a much more professional product"

24 Kitchen Makes it Fresh with  ToolsOnAir
Action Sports Productions...�ToolsOnAir to the Beach
Xite TV Brings ToolsOnAir...on in a Mac Mini