First deliveries of the F65/SR-R4 are scheduled for January 2012
At NAB earlier this year, Sony introduced the new F65 CineAlta Digital Motion Picture camera, and captured the imagination of the industry with a stunning display of pictures from the camera in a 4K theatre on the booth. Five months on, Sony made the European launch of the camera at IBC, highlighting its open strategy to enable alliance partners to integrate an F65 file-based workflow into their systems, and unveiled new products within its own SRMASTER™ line-up  bringing some exciting new opportunities for production.

F65 – ultimate performance for true 4K production and beyond

The NAB introduction of the F65 raised the bar in the quest for the “look” of 65mm film, delivering on its promise to derive true 4K resolution and beyond– at the point of image capture. 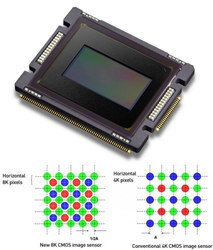 At the heart of the F65 camera is Sony’s newly developed 8K sensor, which delivers pristine HD, 2K, and true 4K resolution today - and will go far beyond 4K in the future, as the industry needs evolve. This unique 8K image sensor, with a total of20 megapixels, offers higher image fidelity than any other camera through a combination of extraordinary resolution, 14 stops as total latitude, ISO800 sensitivity and wide colour reproduction to fit IIF-ACES (Image interchange framework, Academy colour encoding specification) workflow. With 16-bit linear RAW output, the F65 also establishes the gateway to a complete, end-to-end 4K mastering workflow.

Other main features include:

New additions to the SRMASTER™ line-up

In addition to the SR-R1000 and SR-R1 and SRPC-5 launched at NAB, Sony is now introducing further addition to the line-up. The SR-PC4 has been designed to work on set for ingesting recorded material from SRMemory™ media, SDI monitoring and generating dailies. A variety of common data interfaces such as GbE, 10GbE and eSATA are provided.

Full details of the SRMemory™ card line up are also being disclosed. The line-up consists of six cards:

All cards have a data read speed of 5.5Gbps.

Since its introduction over ten years ago, the CineAlta brand has come to represent the benchmark for the highest quality digital cinematography acquisition. Now, to coincide with the launch of the F65, a new CineAlta brand logo is being introduced. The logo signifies a quality of acquisition at Beyond HD resolution and reflects the open nature of the F65 and its file based approach. 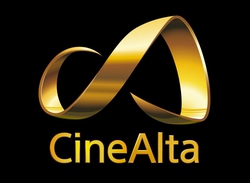 “Screenings of pictures from the camera at and since NAB have left viewers in no doubt that the F65 takes digital motion picture imaging to a whole new level of performance” said Peter Sykes, Digital Cinematography Strategic Marketing Manager, Sony Professional. “Now we are highlighting our open approach to file-based workflow through partnerships with leading industry suppliers to offer ultimate flexibility to users of this exceptional camera”.