NEP Acquires Outside Broadcast and RecordLab 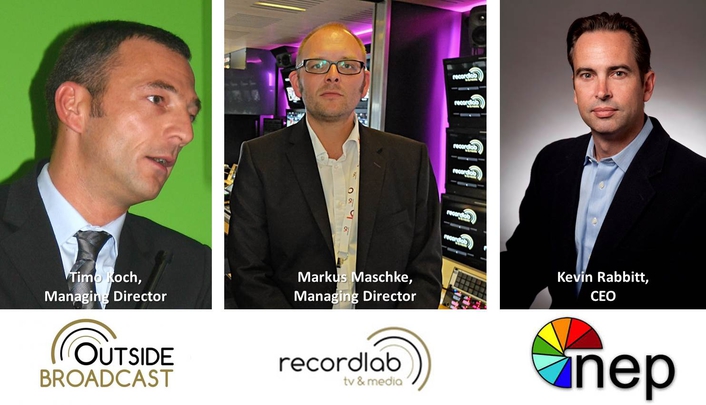 .
NEP Group Inc. (‘NEP’) announced today that they have acquired Outside Broadcast NV and RecordLab TV & Media GmbH (“RecordLab”). The transaction will be finalized on April 30, 2015. Financial terms were not disclosed. This transaction brings one of Europe’s leading providers of solutions for outside broadcast, studio production, ENG, news crews and post production into NEP’s worldwide network of brands.

NEP is a leading worldwide provider of outsourced solutions to the broadcast and live event industries, offering technical services for outside broadcast, studio production, video display, host broadcasting and post production. Headquartered in the United States, NEP has offices in the UK, Ireland, the Netherlands, Sweden, Norway, Denmark, Germany, Finland, Switzerland, Dubai and Australia. The acquisition of Outside Broadcast expands NEP’s reach right into the heart of Europe and adds greatly to their worldwide pool of resources. 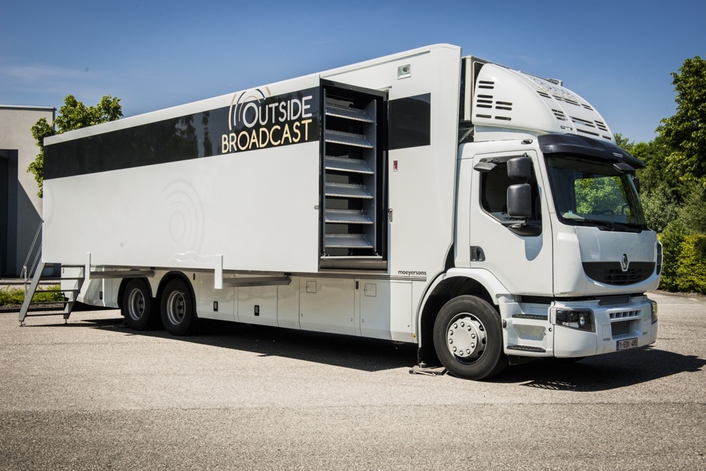 “Outside Broadcast has a fantastic reputation in Europe. I am excited for Managing Director Timo Koch and his entire team to join the NEP worldwide network,” says NEP’s CEO, Kevin Rabbitt. “This deal will greatly expand NEP’s presence in Europe, including Germany – which we view as a very important market - and offer a great opportunity for us to work with Timo to continue to grow Outside Broadcast as part of NEP.”

Outside Broadcast is one of Europe’s leading providers of solutions for outside broadcast. In addition, they offer studio production through their Insight Studios and ENG, news crews and post-production through Mediasense. Based in Belgium, Outside Broadcast services clients across the European broadcast and corporate industries. Based in Germany, RecordLab provides outside broadcast solutions for the sports and entertainment industries.

“We are thrilled to become part of NEP. Their worldwide presence and outstanding depth of resources will give us a tremendous platform to continue our growth in Europe,” said Outside Broadcast Managing Director, Timo Koch. “I am excited to explore the opportunities that this will offer to our staff and our clients, both from Outside Broadcast and RecordLab.”

Background
Previous to this transaction, Outside Broadcast was majority-owned by BNP Paribas Fortis Private Equity Expansion NV (“BNPPFPE”) since the management buy-out transaction by Timo Koch in 2006. BNPPFPE further supported the growth of the company through a selective buy-and-build strategy in which Mediasense, Insight Studios and RecordLab were acquired.

Through this transaction, NEP acquired both Outside Broadcast and RecordLab entirely. NEP is majority-owned by Crestview Partners, with a significant ownership stake held by NEP’s management team.

About NEP
For over 30 years, NEP has been delivering expertly engineered solutions for outside broadcast, studio production, video display, host broadcasting and post production. With a worldwide network that includes the most advanced equipment and largest fleet of mobile units available, as well as global production studios to suit every genre, our talented team of experts work together to deliver superior service to every client. Driven by passion and a focus on innovation, NEP has supported productionsin over 40 countries on all seven continents, and has set the industry standard for excellence.

About Outside Broadcast NV and RecordLab TV & Media GmbH
Outside Broadcast NV, established in 1989, is a technical service provider for the broadcast industry. It employs 76 TV-professionals and owns five HD outside broadcast units. With these resources, the company services clients in Belgium as well as throughout Europe. Over the years, it has built up an international portfolio of clients. RecordLab is a young subsidiary of Outside Broadcast, based in Cologne (Germany) with exactly the same business, but focussed on the German and Austrian market.

About Crestview Partners
Founded in 2004, Crestview Partners is a value-oriented private equity firm focused on the middle market. The firm is based in New York and manages funds with over $7 billion of aggregate capital commitments. The firm is led by a group of partners who have complementary experience and distinguished backgrounds in private equity, finance, operations and management. Crestview’s senior investment professionals primarily focus on sourcing and managing investments in each of the specialty areas of the firm: media, energy, financial services, healthcare and industrials.