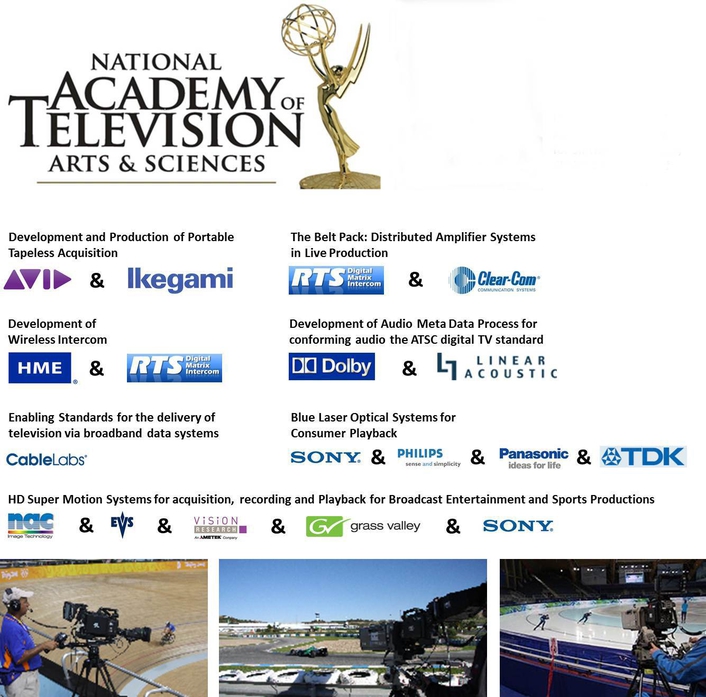 High-speed camera systems for the world’s sports broadcasters and commercial film producers
NAC Image Technology Inc. has been selected to receive an Emmy award from the National Academy of Television Arts and Sciences for the 2009/2010 Technical Engineering Awards. The Emmy is awarded for work in “HD Super Slow Motion Systems for acquisition, recording, and playback in Broadcast, Entertainment and Sports Productions.” The award is in recognition of NAC’s innovations in sports broadcasting and further acknowledges leadership position of NAC Image Technology Inc. in the development of super slow motion digital camera systems.

“We are extremely happy to be honored with this award,” said Mr. Kenichi Ueki, President of NAC Image Technology Inc. “NAC has a long history working with super slow motion camera systems and they’ve played an integral role in NAC’s 50+ years of success in the entertainment industry. We’ve been fortunate to be able work with strong partners like NHK, ARRI Media, and Fletcher Chicago. With their help, NAC’s super slow motion systems have been embraced by broadcasters for live coverage of the World Cup events in Germany and South Africa, the Olympic Games in Beijing and Vancouver, and a variety of professional sporting events, including international motor racing, tennis, football, baseball, rugby, cricket, golf, boxing and horse racing.”

“The Memrecam Hi-Motion is the camera that embodies the NAC award-winning technology,” Mr. Ueki added. “This camera was developed in cooperation with NHK and is the first super slow motion broadcast camera in the world with real HD quality based upon 3-chip technology. Designed specifically for sports broadcasting, the Hi-Motion fits seamlessly into the workflow of sports broadcast environments, requiring no additional operators.”

NAC Image Technology is committed to advancing the technology for HD Super Slow Motion Systems for use in Broadcast, Entertainment, and Sports Productions. Benefiting from its experience with the Memrecam Hi-Motion, NAC will make use of its know-how by taking the next step in the evolution of this technology. NAC’s camera technology is capable of capturing hundreds of thousands of images per second, but 1000 frames-per-second is optimal for most HDTV super slow motion applications. As a result, NAC product development is focused not on increasing image capture speed but rather on the integration of the super slow motion camera system with the sports broadcast work flow while optimizing camera light sensitivity. A sneak peak at the fruits of this development effort is available at NAB 2011 in Las Vegas (booth C7241) when NAC introduces the Memrecam Hi-Motion II.

NAC Image Technology Inc. of Tokyo, Japan, has been actively involved in the entertainment industry since its founding in 1958. NAC is proud of the reputation it has earned for high quality, reliable, super slow motion camera systems. NAC is the world’s most experienced source for super slow motion camera equipment. A continuous record of technical innovation and a comprehensive, integrated line-up of products that set industry standards for performance and reliability makes NAC the safe choice for more and more sports broadcasters, engineers and technicians with entertainment applications for super slow motion digital image capture systems. 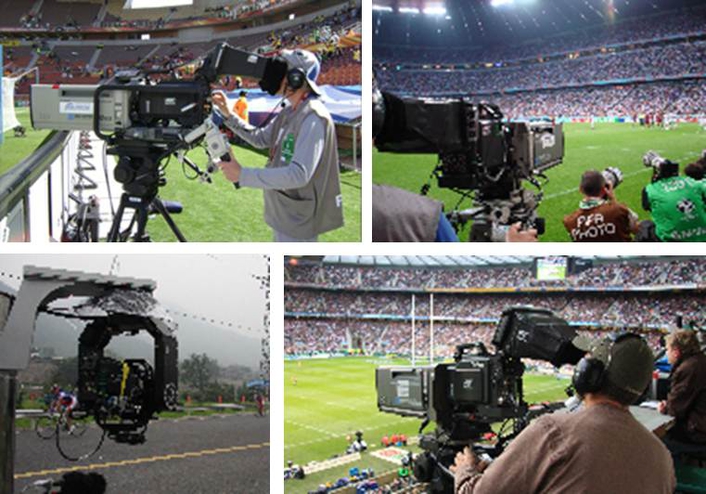 ARRI Media, was involved in some early demos & trials at IBC 2005 & in France, Germany & the UK that September. ARRI Media has been heavily involved in the project since March 2006 and received a prototype Hi-Motion to test the market. ARRI Media then developed the workflow with SKY and the (one) camera was utilised on the last 2 months of the Premiership (football) as well as on Guinness & Heineken Cup Finals, the Champions League Final in Paris. In 2006 the (one) prototype was used by HBS on 24 of the FIFA World Cup Matches in Germany and also that on SKY's coverage of the England Cricket team's home international matches.

ARRI Media then took delivery of the first 2 production Hi-Motion systems early in 2007, ramping up to 10 systems by the start of 2008.