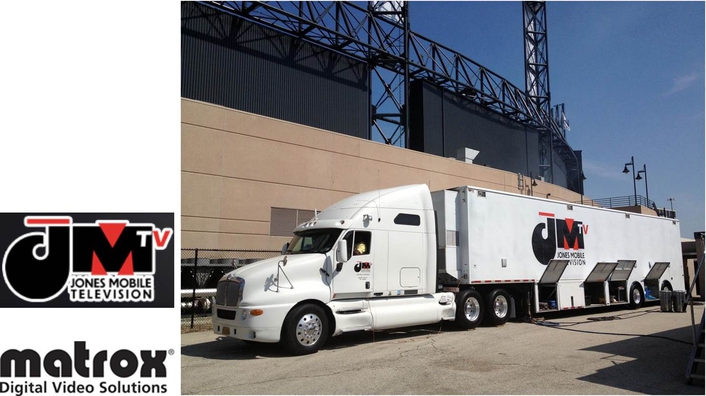 Jones Mobile Television (JMTV) is a full-service location video production company located in Arkansas, USA, which serves a wide range of national sports, corporate, and entertainment clients. Recently they completed a $3 million USD conversion of their 51' (15.5 meter) digital expanding production trailer to high definition (HD). All standard definition equipment, including monitoring, was removed from the mobile unit and replaced with state-of-the-art HD gear.

Before the upgrade, more than 150 CRT monitors were on board. All were replaced with LED monitors. 18 Matrox MicroQuad multiviewers now feed 80% of these new LED monitors in areas such as audio, video shading, the server/tape room, and half of production. 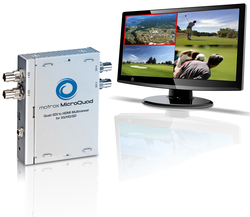 “We chose the Matrox MicroQuads for their quality, ease of use, and very attractive price,” explains Bob Derryberry, President and Co-owner of Jones Mobile Television. “There are a lot of quad multiviewers on the market but since we had experience with other Matrox products in the past, we knew that we could rely on the MicroQuads for our new application.”

Although all controls are on the individual units, JMTV’s MicroQuads are mounted in the racks so the truck engineer-in-charge (EIC), John Matthews, found it convenient to use the Windows-based MicroQuad Remote application to control each unit from the QC/video control area of the mobile production truck. “Since every show requires a different monitor layout, it is imperative that we can quickly and easily change these layouts from show to show. The MicroQuads let us do all this with an easy-to-use, no charge application included with the units,” explains Matthews.

Jones Mobile Television also added a Matrox Convert DVI as part of the truck’s upgrade to HD. The Chyron Duet desktop computer that feeds their broadcast system has a DVI out, which needs to be converted to HD SDI or Component Video for monitoring. "The converter also works great in getting our online voting polls to air," adds Derryberry. 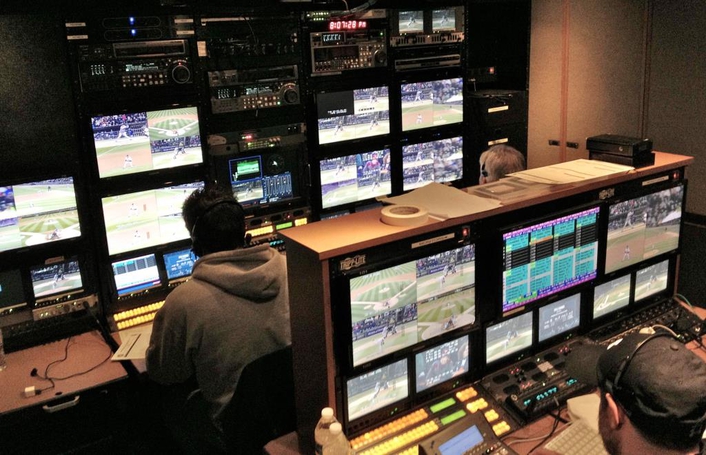 Even though most of the shows that Jones Mobile Television produces are sporting events for clients like ESPN, CBS Sports Network, NBC Sports Network, FOX Sports Net, and Time Warner Cable to name a few, they also have a lot of large corporate shows that require extensive use of multiviewer set-ups outside the confines of the mobile unit. At these shows, JMTV often has to run fiber optic cables through a large convention center hall to the event's location and set up multiviewer feeds for the director outside. The quads are labeled depending on the original sources being fed.

Before they upgraded to the Matrox MicroQuads, JMTV had to stack monitors on a table, which took up a lot of space. “Not only do we save space because the MicroQuads are so compact but we also benefit from cost savings. And, most importantly, we’re able to provide our customers with a better quality viewing experience than we could previously.”