MMC facilities in Hürth and Cologne
Not only in production MMC develops appropriate concepts for each customer request. Whether Avid or Final Cut Pro, HD or SD – also in post-production the company is offering customized solutions.

Thanks to a tapeless workflow, which already was implemented in 2007, in particular the post-production workflow is quite effective: The material produced in one of the digital production suites is recorded already during the production process onto the central server and is immediately available for further processing.

Networked editing systems provide short routes and ensure an optimal workflow – from production to post-production and acceptance of the OnAir material. In addition individual customer requests can be implemented promptly. 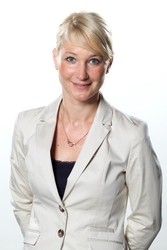 Currently the successful VOX casting show X-Factor on behalf of Grundy Light Entertainment is in audio and video post-production on MMC’s Avid and ProTools systems.

In addition the audio and video post-production of the VOX cooking documentation “Mein wunderbares Wohnlokal” is settled at the MMC studios. Six Final CutPro systems at the new post-production premises of MMC in Cologne-Ossendorf (Coloneum) guaranty a sufficient workflow.

Also the whole post-production of the SAT.1 game show “Mein Mann kann” (on behalf of redseven) was carried out at the Coloneum.

Over and above the scripted reality format “Verdachtsfälle” by Filmpool is produced on 17 Avid edit systems and one ProTools system at the MMC “Filmcampus Collogne” in Hürth.