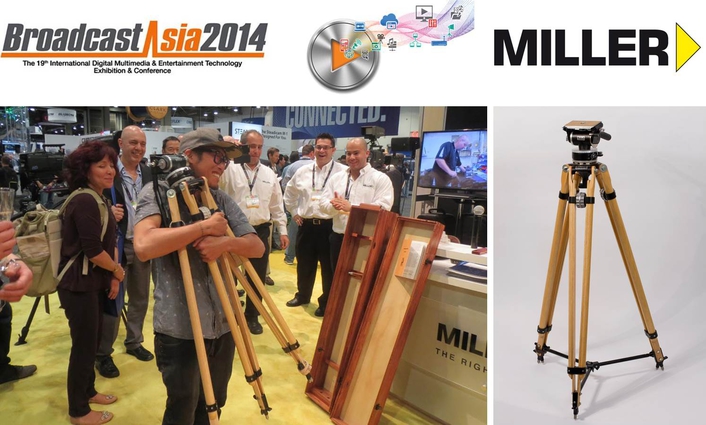 “Since Miller’s launch in 1954, we are continuously looking to expand our market outreach and have delivered more than 100,000 tripods and fluid heads, acquired several patents, and won numerous awards for our products’ exceptional quality and design over the past 60 years,” says Greg Thomson, Miller regional sales manager for southeast Asia. “We look forward to interfacing with our customers at Broadcast Asia, as we are always looking for ways to influence the broadcast industry with our creative camera support solutions that, ultimately, improve the way that cameramen capture imagery.” 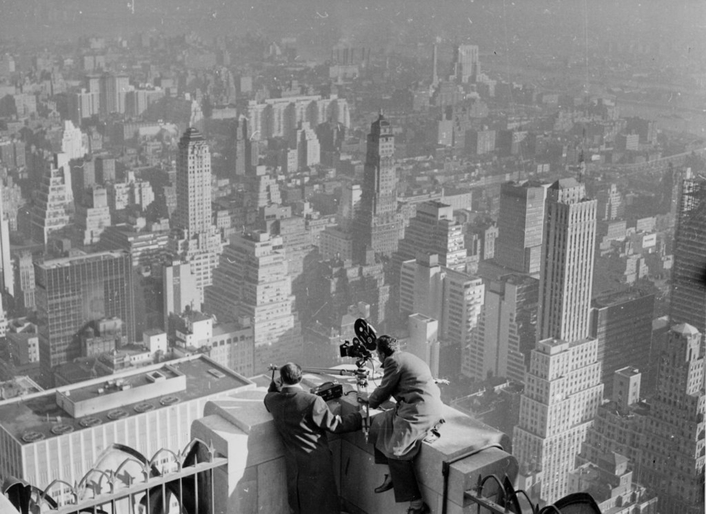 A family-founded company, Miller skyrocketed into a globally recognized brand shortly after father Eric Miller and his son, Bob, developed and patented the first fluid action head in 1946, which they designed to create smooth pans and tilts when shooting film in the field. Since its inception in 1954, Miller has been a pioneer in camera technology, revolutionizing film and television by granting operators the freedom to shoot creatively and obtain shots once deemed unattainable. Less than one decade later, the Miller Fluid Head made headlines when the New York Times reported that the company was on the cusp of technological innovation. By 1958, Miller was exporting the heads worldwide, including the first tripod to Hollywood, and forever changing the landscape of cinematography. 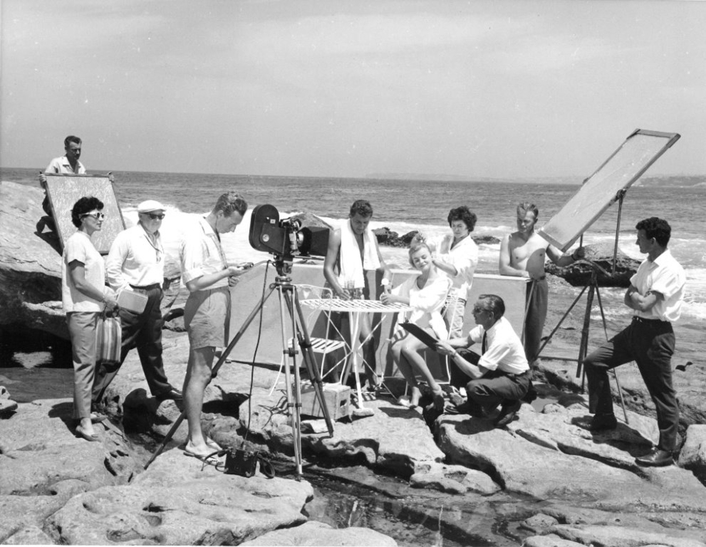 1965: Glamour on the beach - wooden tripod in use for a Artransa Park Studios subhire by Grimsdale Productions

To support the fluid heads, Miller also began manufacturing polished wooden tripods composed from a fine New Guinean hardwood that is known for its strength, fine grain and workability. Notorious for their resiliency and incredible functionality, there are still original wooden Miller tripods in existence today. With the release of the first portable video camera in the mid 1970s, Miller quickly transitioned from a company predominantly focused in the manufacturing of film fluid heads and tripods into one specializing in products for electronic news gathering (ENG). Throughout the years, Miller has supplied many major broadcast networks around the world with its Arrow system and, more recently, its Skyline system. Continuously expanding its outreach, Miller is also breaking ground into sports and feature film productions. Its systems are currently in use worldwide by more than 265 television networks across the globe, including the BBC, CBC Canada, CCTV China, NBC USA, and ABC Australia. 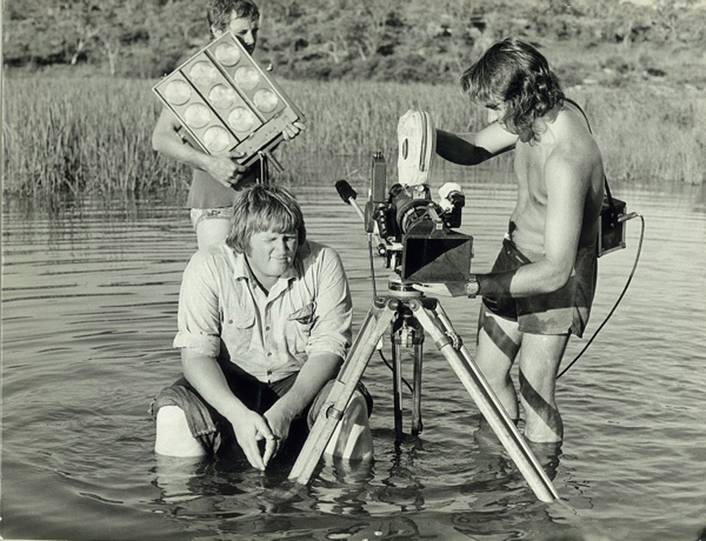 Miller will be hosting a series of 60th anniversary celebrations worldwide throughout the year in major markets across the globe. Known to be the brand with “the right feel,” Miller has also released 40 new, limited special edition LP ‘54 Classic tripods, built by hand as they were when first introduced, from remaining components left after the last production run of the Light Professional (LP), in celebration of its company’s 60th anniversary. Rare collectors’ items, the LP ’54s will not be for individual sale and will instead be both donated to museums and auctioned off over the course of the year.