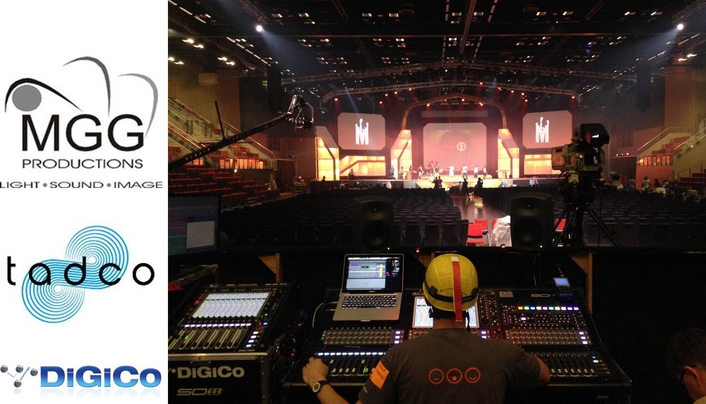 Apart from DiGiCo’s legendary sonic performance and features, the International acceptability, software upgrades, service and back up made the SD Ten an easy choice, and MGG quickly put it to work doing two gigs back-to-back at the Metro FM Awards and Discovery Leadership Awards.

The Metro FM Awards saw the SD Ten at the Front of House position, operated by Adriaan van der Walt, with MGG’s Fanie Pieterse as system tech. The console was connected to an SD-Rack via fibre with a DiGiCo Little Blue Box used to connect to a D-Rack, which was used to distribute the outputs to the amplifiers.

The SD Ten was also at Front of House at the Discovery Leadership Awards, once again manned by Adriaan with Fani as system tech. The SD-Rack was utilized for stage inputs and output distribution to the amplifiers and a Little Blue Box was used to connect a D-Rack for additional local inputs. 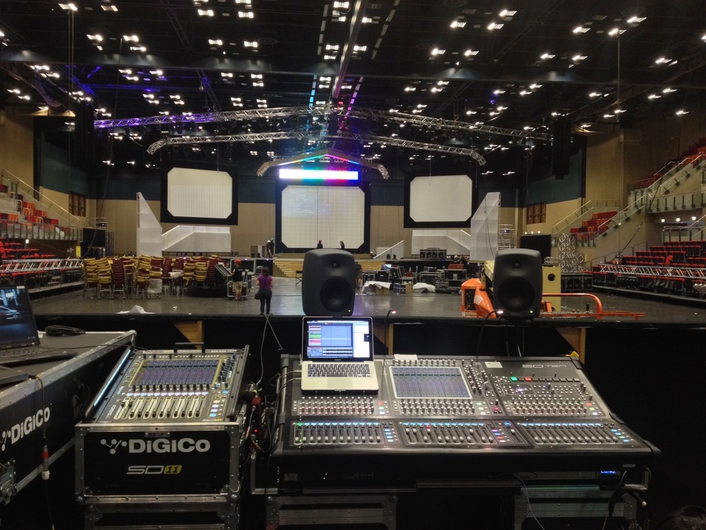 MGG’s Mark Gaylard has found the SD Ten to be “a very cool piece of kit,” and added that the fact it is kit that both his staff and many freelance engineers want to work with is a real bonus.

“I’ve always been a fan of DiGiCo,” adds freelance sound engineer and system tech Jaco Beukes. “The design, the layout and the flexibilty allows me to rock up at a show and quickly get it going.”

“The main thing about the desk is its versatility,” concludes Adriaan. “You can configure many inputs with many outputs in a small footprint. It is reliable, sounds great and is easy to use. Accessing any aspect of the console is peanuts!”