Megahertz Ltd, the trusted partner for systems integration with years of experience in delivering cost effective, imaginative designs and solutions for fixed and mobile applications, has won a contract to provide two new SNG trucks for leading Scottish channel 3 broadcaster, STV. The trucks will be based in Edinburgh and Glasgow.

The units are being built on Mercedes Sprinter vans, with additional coachwork by Megahertz. The unit for Glasgow carries more redundant equipment so is built on a 5 tonne chassis, the Edinburgh unit on a 3.5 tonne vehicle. Each is being modified adding levelling jacks, heating and air conditioning, and external rigging lights. The physical modifications by MHz also include the installation of on-board diesel generators, allowing the trucks to work anywhere.

The contribution feed from each van is via a 1.5 metre AvL Ku-band dish, with Adtec Digital encoding and roof-mounted 180W power amplifiers. On the Glasgow unit the encoding and power amplification chain is fully duplicated with resilience, with switch and dummy load provided to allow for hot standby and instant failover.

The unit for Glasgow is also fitted with a 70cm Dawson Ka-band dish for IP connectivity, allowing the journalists to log in to STV’s iNews network. The Edinburgh unit is equipped with an LTE router for connector to the mobile 4G network. Both will also create a local hub to allow the crew to connect mobiles and tablets. The video and audio architecture includes Blackmagic hardware, Courtyard SPGs and Rohde & Schwarz test equipment. As well as RF connectivity to the camera, a Telecast Copperhead fibre system is also on board. 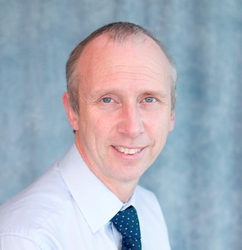 “Our SNG trucks are in constant use and we need systems that are fast to set up and highly reliable in operation,” said Sam Dornan, channel operations manager at STV. “For these two units, Megahertz provided a bid that showed they understood the full complexity of our technical requirements, including the subtle differences between the two.”

Steve Burgess, technical director at MHz, is acting as project manager on this project. “We have had a huge amount of experience building SNG vehicles recently, but it is really important to remember that every broadcaster has a different set of requirements. This project provided us with a great opportunity to put to test our team’s fantastic problem-solving skills and we have really enjoyed creating an intelligent solution for STV.”

Work on the vehicles started in the Ely workshops of MHz in February. STV will run acceptance tests for the Glasgow unit in June and the Edinburgh unit in July, with them both going into service this summer.

About Megahertz
Megahertz designs, engineers and delivers turnkey systems to the world’s leading broadcasters, content owners and media service providers. As a leading systems integrator, its expert team of skilled engineers and solutions architects, drawn from both broadcast and IT backgrounds, ensures a creative, forward-thinking, independent and highly efficient approach. Megahertz provides dynamic and resilient systems for news and sport production, state-of-the-art studios and advanced file-based workflows, as well as fully equipped vehicles for outside broadcast and newsgathering. The company also provides consultancy, training and support services.  The company has two UK locations, including an international sales office close to London Heathrow Airport and a 2000 square metre engineering facility. This allows Megahertz to carry out its own coachwork for vehicles and to pre-fabricate even the largest systems. With a reputation for excellence since 1982, Megahertz continues to deliver value-added engineering solutions worldwide.