One of the largest and most-watched networks in the Middle East, MBC operates more than 12 broadcast channels and numerous online platforms covering the entirety of the Pan Middle East region with news, sports, and entertainment. As MBC's Head of Graphics Fadi Radi explains, the M2Touch platform has already proven itself to the network.

"We have an M2Touch system with two 103-inch at our sister station, Al Arabiya in Dubai, for nearly a year, and it has completely changed our workflow," says Radi. "Before we implemented the M2Touch systems, presenters were displayed with bulky lower thirds and little floating graphics over their shoulder. Now presenters can control their graphics and other content directly via the touch screen, which greatly enhances the flow of the presentation."

Presenters at both MBC facilities use the custom 103-inch Molden Media touch screens as an indispensable part of their daily news programming. The M2Touch Gateway translates the presenters' touch commands into MBC's Vizrt graphics systems, where M2Touch plug-ins are employed to create eye-catching interactive graphics. Scenes are created and updated in real time, without advance scripting or programming. Presenters in Cairo will also use Molden's M2Pad to interface between and iPad and the touch screen.

"Particularly with the recent events in Cairo, the flexibility of the M2Touch system enables us to perform frequent updates to the maps and keep our viewers informed about what's going on on the ground," says Radi. "The M2Touch technology powers our entire multi-touch workflow, from creation to interaction. M2Touch has been immensely successful in Dubai, and now we can employ this same streamlined workflow in Cairo." 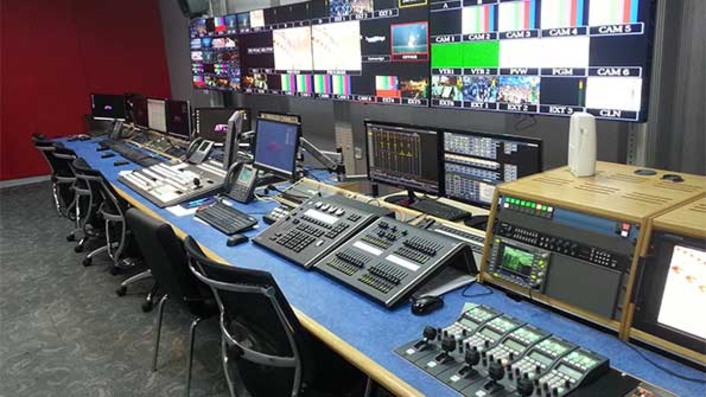 Molden Media's CEO and Founder, Thomas Molden adds, "Implementing a multi-touch graphics workflow like M2Touch is a complex undertaking, but the broadcasters at MBC have embraced the technology and have created some truly impressive graphics presentations with it. We are delighted that MBC has once again chosen M2Touch for another of their flagship facilities."