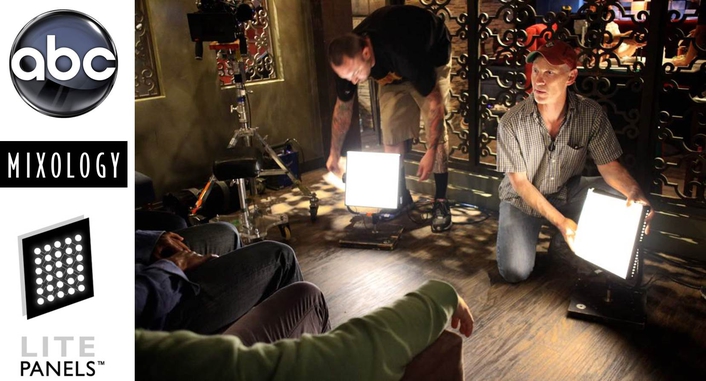 .
Cinematographer Michael Mayers’ assignment for the new ABC half-hour single camera comedy “Mixology” is to create a rich dramatic look with an immediacy and upbeat approach to his photography. “Because this is comedy, and there is a lot of improvisation, I try to cross-shoot with our two ARRI Alexa cameras which carry either Angenieux Optimo or Fujinon Cabrio lenses, whenever I can,” says Mayers. “That way, all the actors in the scene are ‘on’ at the same time and we don’t have to go back to shoot the other side of the coverage and lose the spontaneity of the moment. Of course, that approach really ups the ante on my lighting. And, that’s where Litepanels LEDs are key to my getting the shots.”

Mayers lights from just below and/or above the frame lines of both cameras. “With traditional tungsten fixtures, this was a difficult and time-consuming approach,” he says. “Tweenies with Chimera bags are beautiful, but too heavy and awkward to suspend out on the end of an arm. And they are too hot to be placed just beside an actor’s leg all the time. 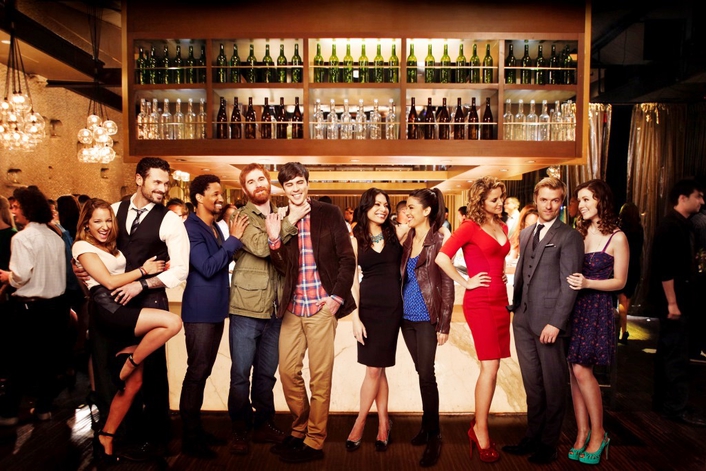 “I’ve been relying on Litepanels’ MiniPlus for years in situations where I need a small light for an accent or a close fill. When the 1x1 Series came out, suddenly I was able to do many of the things with them that I used to rely on hot lights for. Now, I use them for both key and fill, and because they are so lightweight, I often have my electricians just hold them instead of placing them on a stand. That way, I can make subtle adjustments while we’re rolling just by whispering into my radio. This has been an especially helpful approach on “Mixology’, since we often have 100 or so background performers as bar patrons on the set with us. My electricians have become quite adept at manoeuvring our Litepanels around the ebb and flow of the extras and keeping the lumens on the actors. We use our Litepanels on battery power, getting rid of the cord speeds us up and reduces trip hazards.”

Mayers has been a fan of Litepanels for a while. “The 1x1s are the right balance for a beautiful, soft light in a lightweight package,” he says. “I love the ability to dial the colour and intensity right on the back of the fixture. And, I love that they can be battery powered.

“The Litepanels Fresnels break new ground in efficiency and control,” he adds. “I’ve been using them anywhere I would have used a hot light. I’m impressed by the smooth field and wide spot/flood range. Also, having a dimmable and DMX-able Fresnel gives me many new ways of controlling the light. They’re cool to the touch and very frugal in terms of power consumption. We’ve been using house power on location much more often how that we have them in our package.”

Lately, Mayers has been experimenting with lighting night exteriors with much smaller fixtures than he’d traditionally use. “The Alexa’s great low light performance makes this really appealing,” he says. “On City streets where there are existing streetlights, I put a Litepanels Hilio T12 or an Inca 12 Fresnel on the end of a Max Menace arm and tuck it behind a building. I get the edge I need with minimal rigging. This approach is much easier and faster than using a Condor and a big light in the same situation.” 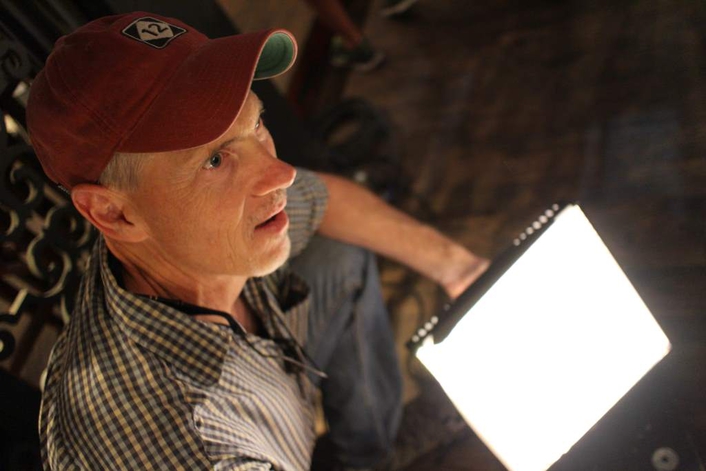 “Mixology”, ABC’s newest entrée into the single-camera comedy world is set in a chic Manhattan bar. The story follows the lives of ten characters over the course of a single night as they go through the highs and lows of the dating scene. It will begin airing in January 2014.

About Litepanels
Litepanels was founded in 2001 by 5 professional gaffers and engineers who saw the future and pioneered LED (light emitting diode) lighting for motion pictures, television and the audio-visual industry. Their Emmy® award-winning technology has now been used on thousands of productions worldwide and is trusted by the world’s leading broadcast organizations.

Backed by the Vitec Group’s legacy of 100+ years in the broadcast and production industry, Litepanels continues to expand its suite of flicker free, color accurate, fully-dimmable soft lights that talent and Lighting Directors admire. These environmentally friendly fixtures practically pay for themselves with power savings and long life, setting a new standard in professional lighting.  Along with other leading brands in the broadcast and professional videographer industry, Litepanels is part of Vitec Videocom, a Vitec Group company.