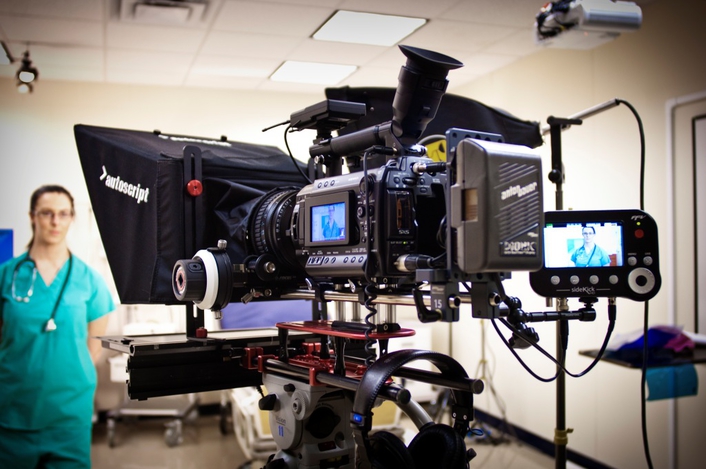 "The Sony CineAlta F3 is a remarkable system, with its Super35 chip delivering cinema-quality results and full uncompressed output up to 4:4:4; however, its internal record speed is 35 Mb/s, which is inadequate for broadcast applications," said Cherry. "Because the sideKick HD can record at speeds of 220 Mb/s, we're able to bridge that gap while taking advantage of the camera and its high-end cinematography effects."

At Matthew Cherry Studios, the sideKick HD was initially chosen for use on a large industrial video shoot for one of the studio's clients, Anton/Bauer. The complex shoot involved five setups at three different locations within a healthcare facility with the camera mounted on a range of equipment including jib cranes and dollies. The sideKick HD's light weight makes it easy to balance the camera on a jib, tripod, or shoulder-mount in order to ensure steady movement — an important factor with a smaller and lighter camcorder such as the Sony CineAlta F3. Rather than having to juggle multiple SxS cards and waste time with card changes, Cherry was able to record the full day's shoot on the sideKick HD. The hospital location was available for only a day, but he was able to maximize shooting time. The DVR's built-in 4.3-inch confidence monitor enabled on-screen review of footage throughout the shoot.

Apple® and Avid® NLE-Compatible Straight-to-Edit DVR Produces High-Quality Video at Broadcast-Rated Speeds
For Cherry, an important feature of the sideKick HD is its ability to capture video directly into both Avid® DNxHD and ProRes for Apple® NLE formats — enabling seamless movement of high-quality content directly into studio editing and playout workflows. Because his operation is currently migrating from a Final Cut Pro® to an Avid editing workflow, the sideKick HD's support for both formats is especially important. By recording video in the native editing codec, Cherry can skip the time-consuming "log and capture" process that Final Cut Pro would require in order to read Sony's native camera files. Instead, he can simply remove the 2.5-inch SATA drive from the sideKick HD, pop it into the computer, and copy and paste the original video files, along with their metadata, directly into the editing system.

"Matthew Cherry is yet another example of a highly regarded video professional who has recognized and embraced the power of the sideKick HD," said Paul DeKeyser, founder of FFV. "The DVR's multiformat straight-to-edit capabilities, light weight, and extremely high-quality recording capabilities make it ideal for smaller independent producers who need to maximize their investment in camcorder equipment and streamline editing workflows."

About Matthew Cherry Studios
A photographer and cinematographer, Matthew Cherry has worked in independent films and corporate video, as well as commercial photography. He draws his inspiration from a wide range of sources, most notably Italian and French cinema, American Film Noir, and American Jazz artists of the '40s and '50s. Cherry has been creating compelling images for more than 20 years. Always fascinated by form and light, he combines high production values with his cinematic storytelling to evoke an emotional response to his imagery. His documentary work has taken him throughout North America, South America, Europe, and Africa. In addition to his creative work behind the lens, Cherry has been involved in business marketing for the past 15 years and has designed and run numerous local, national, and international marketing campaigns.