A look below the surface at IBC 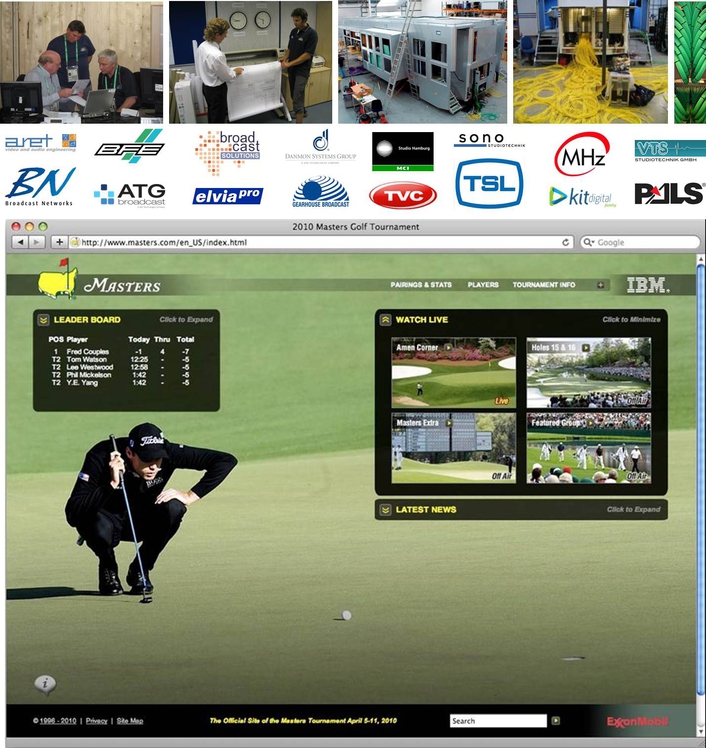 As IT increases its grip on broadcasting, the smart money understands services, not only workflows and technology

1300 exhibitors, 48000 visitors and 1000 journalists visited Amsterdam this September.
The result was the biggest display of shiny new products and ground-breaking technologies ever seen at IBC. Another hall was opened at the last minute just to fit it all in.
3D, Super Hi-Vision, 4K, Fibre and 3 Gb/s distribution, Services Oriented Architecture (SOA), workflow tools, IPTV and mobile devices, all combined with the growing alternative of using standard IT technologies means the customer has more choices than ever.

Great news! Or is it? In a competitive market that is changing so quickly, and where investment capital is so limited, one wrong purchasing decision today can mean disaster tomorrow.

For suppliers, this range of choices and increased uncertainty makes it harder to persuade customers to invest with them, based on technology alone. So increasingly they are differentiating themselves by the services they can provide.

The problem? They could watch 48000 visitors walk right past their stand if they show a ‘service’. It is not big or shiny enough.

So having grabbed the visitor with a great looking product, what services are they offering

This is typically seen by customers as the first service they require, and it determines the choice of technology. But what service do integrators think should come first? 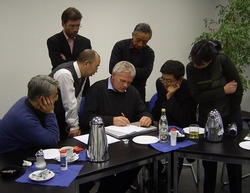 “You can change the technology easily, but not the people” said one integrator. That is why Broadcast Solutions use designers who also work in a live production environment, not relying on technical experts alone. So it is how to use the technology in practice that matters.

Gearhouse take advantage of also being an equipment hire company, which means their engineers know the products not only technically, but also operationally, which helps with system design. “This gives us an operational perspective that is very rare among SIs”, said Dave Gill.

“Our design service is really risk management for the customer” said Bruce McGregor of TSL. “Often design decisions have been made before an RFP is issued”. Most integrators agreed that the more customers consult with them at the early stages, the better. “RFPs specify technologies, but customers actually need services” said another integrator.

So most agree that ‘consultation’ should come before design; workflow before technology.

Surprisingly, despite being the core service of any integrator, they have less to say about this. In such a competitive market, all the key players who survive have a high build quality and can generally deliver on time. Some integrators, such as Gearhouse and MHz, emphasise their wide international presence which helps with delivery and logistics.

The growth of IT technology also means that infrastructure is increasingly standardised. The difference is increasingly in the software and the configuration, not the hardware these days. All outsource the coach-build to the same suppliers, but the ability to get the best out of them can differ between integrators.

MHz, now owned by KIT digital, offer design services from an engineer they recruited from Smiths, the coachbuilder. ‘Design for operational efficiency’ is important, but so is cost. They believe that small practical design improvements, understanding what is practical for the builder, combined with lessons learned from the 200+ trucks built so far, can repay the customer many times over. 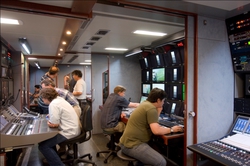 TSL and MHz both find that increasing use of IT products means customers prefer to receive ‘box’ product training from the original manufacturer directly, relying on the integrator for system-level training only. Training on basic aspects such as driving and levelling in the case of a truck is unavoidable of course, but increasingly customers are expected to understand IT technologies, not relying on the integrator for such knowledge.

Some integrators involve the customer during configuration, as a learning opportunity, while others prefer to tune the system themselves before involving the client.

Integrators handle this in two different ways. Some offer acceptance testing at different stages of the build, while others prefer to deliver the system for a full test on-site at final delivery. All seem open to negotiation on this, recognising that this is also a learning opportunity for the customer.

There are a number of differences between the support services offered by each integrator.

However, despite the best design, build and training, the unexpected can happen. What services would help then?

· First line – some offer 24x7, others only office hours. MHz emphasise that they use experienced operators for this, so that they understand the customer’s real situation, and offer practical quick solutions and workarounds, not theoretical ones

· Remote diagnostics and configuration – essential, but not mentioned by some integrators

· Third party escalation management – most integrators encourage the customer to deal directly with OEMs, while some, such as TSL, manage this on their behalf. IT manufacturers are well known for ‘finger pointing’, blaming others, so this would be a very valuable service

· Spare parts and advance exchange is not generally offered, customers relying on their own stock and a design that is optimised to reduce support risks. Gearhouse seem to be an exception, emphasising their advance exchange and Global logistics capabilities, taking advantage of their equipment hire business, and their presence in a number of countries.

· On-site support is not considered a practical standard offering for OB trucks, but can be arranged on request in general. MHz, having been bought by KIT digital, are considering the possibility of creating a support network for OB trucks across 20 sites in Europe

OK, so now the system is in every-day use and well supported, that is the end of the services story right?

Wrong. Grabbing new business opportunities mean changes are needed, often at short notice, so customers need to know they can access the same experts that designed the truck, to quickly consult on new workflows, design, configuration... even new support needs. Sometimes a ‘simple’ software upgrade is like introducing a new product into the system, offering benefits but also risks. 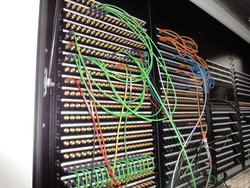 Most integrators provide free support, at least in year 1, although Gearhouse emphasise that they offer chargeable and customised uplifts from the start, for example to cover advance exchange. But in general in this industry, whatever support services are offered, they are generally ‘best efforts’ and ‘free of charge’! For now...

Broadcasters are happy to take advantage of the lower cost and increased flexibility of IT technologies, but they would prefer to avoid the IT business model, where most services are chargeable, and rejecting a manufacturer’s Service Level Agreement (SLA) contract offer is far too risky. IT customers prefer committed service levels that they can plan their operations around, even if that means paying.

So will the business model in broadcasting change to a chargeable SLA basis? There is evidence that the change has already started, even if only quietly.

Integrators face increased customer demand for guaranteed service levels, and increased costs as IT OEMs in turn demand SLAs from them. Their response? Some are studying how to grow an SLA business themselves. 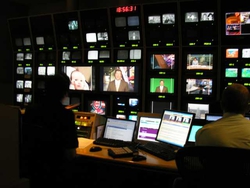 Unlike in IT, where an SLA is needed even in year 1, integrators looking at this are more likely to offer an enhanced service level ‘for free’ in year 1, in the hope of converting customers to paid up SLAs from year 2 onwards. This will require adding new services that customers actually value, and will need significant services marketing expertise. If KIT digital do indeed leverage their 30-site network, that spans 5 continents and employs 600 staff, to deliver support SLAs, this could start the ball rolling. And far from being just another cost for the customer, the improved service could be a differentiator against other integrators.

Customers should expect to be targeted with more support SLA offers, as integrators look to grow their attachment rates and to build a recurring revenue stream. Customers should consider not only the financial return on investment of a chargeable SLA, with committed service levels, but also the improved ‘peace of mind’. Nobody got fired for protecting their investment, but take a chance by refusing a good support offer? Like not paying for insurance, that could be risky... personally!

OK, so IT companies might change the support business model, but they are not really players in the market... they don’t ‘get’ live production, do they? They don’t know about the live production workflow, the pressure of live broadcasting... but then came IBM. 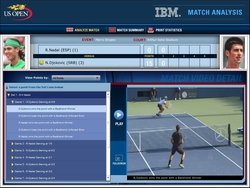 Live Production has always been about delivering video and audio at live events.The market demands SD operators move to HD, and some are now planning their move to 3D.Sound moves from stereo to 5.1 and so on. Nothing much there for the IT guys to add, apart from some standard box products.

But the value is still in pictures and sound, whatever the format, while the new generation of consumers demands a rich experience... interactive, with data. Data gets people’s attention, and that attracts advertisers. The same advertisers who are shifting their spend from TV to Google.

IBM demonstrated their capability to integrate live match data with the audio and video content. They have delivered data-rich video applications to major international events such as Grand Slam Tennis Tournaments, the Masters, US Open Golf and the Tony Awards. They develop solutions that also interface that data with the different interactive DTV transmission platforms, adapting to the complexities of the various data carousels, workflows and so on. Building know-how in this area could help a live production customer stay ahead of the competition when competing for business in the future, in a World where delivering pictures and sound is not enough. And how do IBM describe their offering? You guessed it... it is a ‘Service’.

As IT increases its grip on broadcasting, the smart money understands services, not only workflows and technology. 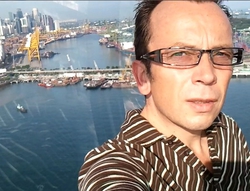 He was trained in video technology and as a lighting-cameraman by the BBC in the UK, working on broadcast stations in four countries before joining Sony Broadcast as European technical support specialist for HDTV. His role extended to live- and post-production products, and later to IT-networked technologies and systems.

He established the professional technical support network for Sony in East Europe and the CIS.Applying service sales techniques acquired through IBM training, he then developed the highly profitable and high growth support business for Sony in Europe. He has also managed major internal change programs.

John now works as a consultant, helping suppliers to the broadcast industry to maximise customer satisfaction and services profits, and is now working on projects from the UK to the Far East.He has an MBA from Henley Management College in the UK and is a Six Sigma Black Belt.John has a passion for customer satisfaction, a no-compromise approach to quality, and a proven track record in growing and managing services businesses with significant P&Ls.