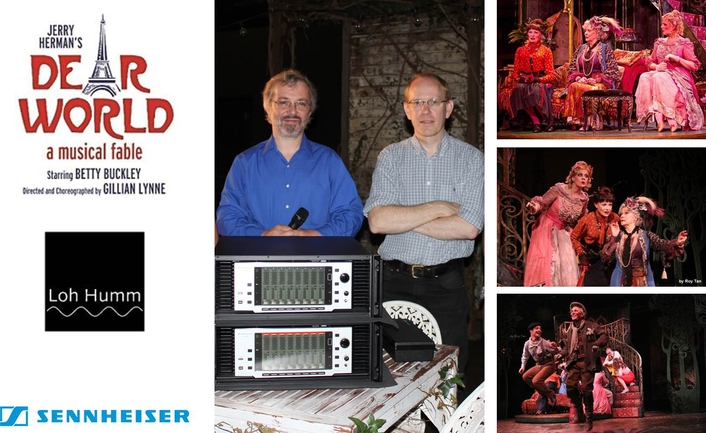 Andy Lillywhite and Mike Walker
Sennheiser’s 9000 Series digital wireless system is proving a real winner in theatre sound design where absolutely silent operation is critical. After a highly successful trial run on the West End production of Dear World with a system, sound designer Mike Walker has invested in 9000 Series for his company Loh Humm Audio.

Mike had been using Sennheiser’s 5000 Series systems for around 15 years, so he was keen to try the 9000 series. “I really like the 5000 Series - of the earlier Sennheiser systems I think it’s the best suited to voices and I’ve been very happy with its audio quality,” he says. “But the 9000 Series completely surpassed it - it’s the best-sounding digital microphone system I’ve heard, by quite a large margin.”

Mike and his team were so impressed that Loh Humm invested in 24 channels of the 9000 Series, which have immediately been put to work.

“We have sub-hired the systems out to other companies for various corporate and broadcast projects, as well using them on various events we have been designing and engineering ourselves,” says Mike. 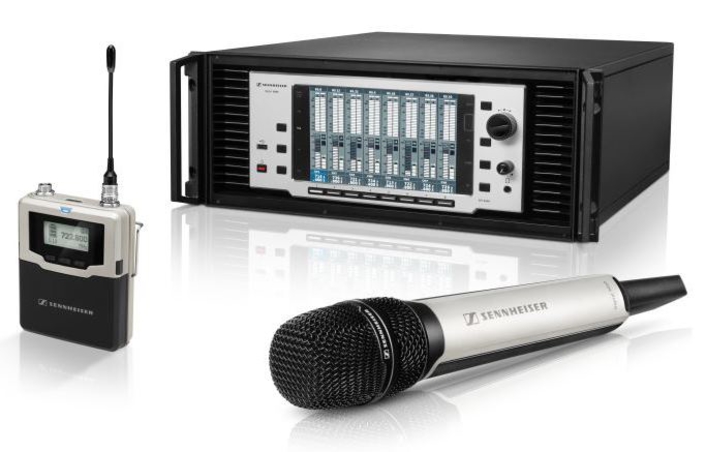 “We’re planning on using 9000 Series on Oh What A Lovely War at the Theatre Royal, Stratford East in February and March next year. It’s the play’s 50th anniversary and being staged in the 100th anniversary year of the start of the First World War.”

As an experienced engineer Mike isn’t interested in having the latest thing purely for the sake of it. The sole reason he has invested in the 9000 Series is because it sounds fantastic.

“For me it’s not about gadgets or technology. It’s all about audio quality. Quality matters. In the past I had used digital technology only where - or when - I had to, as it had never sonically been as good as the analogue equivalent.

“Because of the way the 9000 series technology works, there’s nothing that audibly gives the game away that the system is digital. It’s all about quality and it’s simply the best sounding radio mic system I’ve heard.”