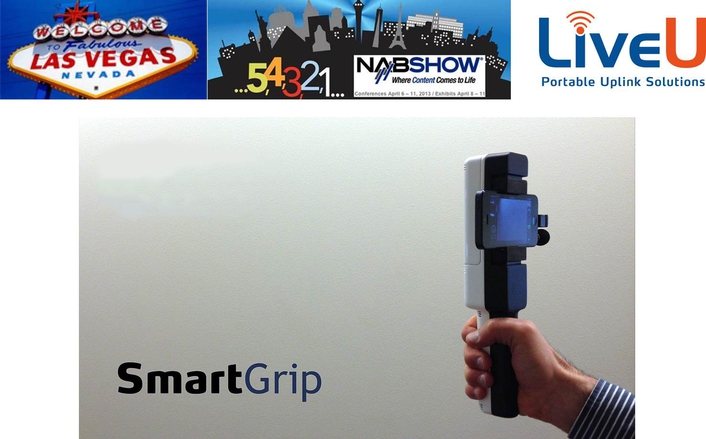 Supporting all iPhone and Android devices, the LU-Smart software-based app represents the next level in mobile app newsgathering. Without requiring any set-up time, LU-Smart can be used for rapid news coverage. Reporters can simply take out their personal smartphone and transmit high quality live video back to the studio, whenever and wherever they may be. Live reporting capabilities can be extended to any person in the news organization.

Samuel Wasserman, LiveU’s CEO, said, “LiveU is again pushing the boundaries of innovation in the cellular uplink space, this time with a new smartphone jacket.  LU-Smart enables any person with a smartphone to be a bona fide video journalist by simply downloading the software. We’ve had tremendous positive feedback for our smartphone app from broadcasters, complementing other LiveU units in the workflow and extending their newsgathering capabilities. It’s an ideal solution for breaking news coverage, especially in locations far from urban centers, and the new Smart Grip boosts its capabilities even further.”

The LU-Smart app includes other new features, such as: virtual matrix for simple workflow management, enabling newsroom operators to monitor and switch between content from different devices for live broadcasts; and ad hoc usage, which can be code-activated for 24 hours by the newsroom when a reporter or dedicated freelancer arrives at the scene.

The LiveU Xtender, mounted on KOVR-TV (CBC Sacramento) weather truck, can be seen in the NAB Outdoor/Mobile area at the E-N-G Mobile Systems booth #OE820.

Ken Zamkow, LiveU’s Director of Sales and Marketing, will be speaking at the Broadcast Engineering Conference, at 10:00 am on Thursday, April 11, 2013 on “From Super Bowl to Varsity: Live Sports Coverage Using Cellular Bonding Technology” - IP for Television session.