Costs reduction, no quality compromise, increased productivity and flexibility for repurposing are the challenges faced more and more by TV production companies nowadays

Getting this message from key customers and with this aim in mind BLT went on to extend its ecosystem of products and software applications to fulfill these requirements. In last few years, live TV productions for sports and entertainment shows leveraged the increased number of viewpoints and camera feeds to get the audience more involved. This led to a significant increase in the number of hours of raw material produced: any frame could be useful in the creation of another remarkable storytelling.

What a relevant resource it could be if, at the same time, NLE users could also access and use the same material, without the need to recapture it in their NLE systems!

Live recording through video servers has been a common practice for several years now, making it mainstream the creation, at a glance, of instant replays or slow-motion actions and the editing of one or more highlight compilations while recording.

Video servers for live applications feature the often-mandatory loop-recording, that ensures a practically endless coverage of any event. In addition, they must provide enforced reliability not to miss any unique single shots. 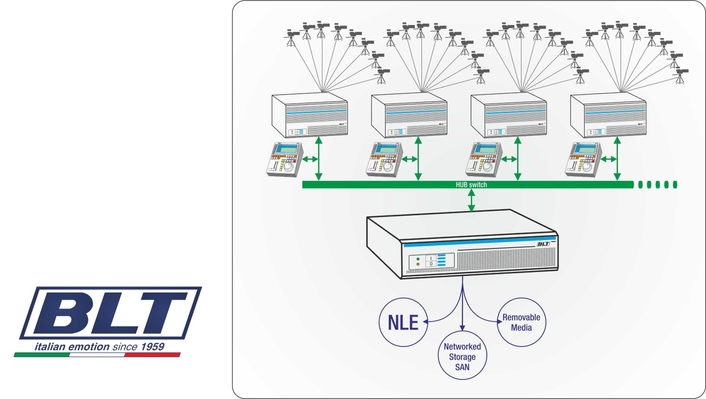 Video servers for live applications - and especially those dedicated to sports events - are based on an intra-field Codec to avoid motion portrayal artifacts, that could damage the action. The essence material could not be seamlessly digested by post-production NLEs.

The BLT solution to cover live applications, which ensures good operation user speed, guarantees reliability and enables interoperability with post-production environments is "BLT Central Station": a gateway between the production streaming network and the post-production file-based workflow of the NLE.

BLT production system area main focus is capture, record and playout of material for immediate live on-airing. At the same time, the material is fed to BLT Central Station and comes out as files for the post-production NLE. 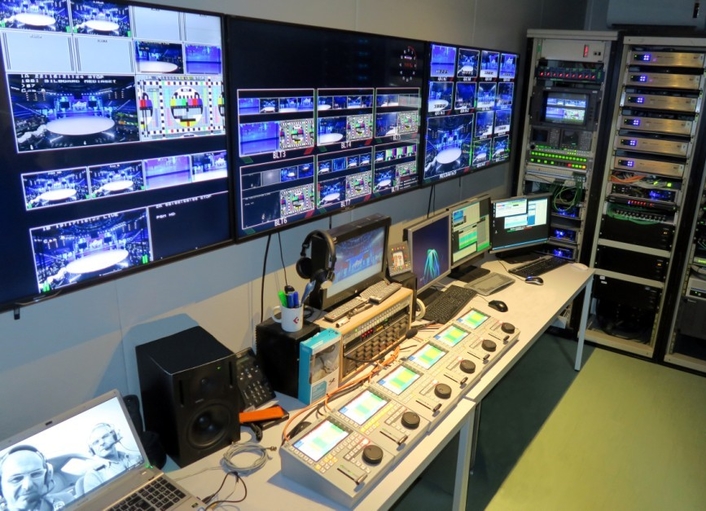 The BLT Central Station gateway can perform format rewrapping or transcoding operations on the fly. The post-production workstations may be either interfaced directly by means of a network or fed by file-based material (i.e. the assets) in removable physical media HDD or SSD cartridges.

This kind of affordable workflow allows studios or OB-Vans to deploy the same equipment and technology for live sports coverage, pre-recorded show production and ISO camera recording of live concerts, just to mention only few examples of additional storytelling.