Based on its positive experience with the SK-HD1000’s, the University later purchased four Z-HD5000 HDTV production cameras to produce live coverage of the Lindenwood Lions NCAA Division II athletic events for its LUTV outlets. The Z-HD5000s are part of larger upgrade that encompassed building a new Student Athletics Center (SAC) with a new video production control room and campus-wide fiber optic cable network.

“We chose Hitachi cameras so that our Communications students would become familiar with the type of high-performance camera gear they’re likely to encounter in their future jobs in the industry,” said Ed Voss, Assistant Professor and LUTV Operations Manager at Lindenwood University, St. Charles, MO. 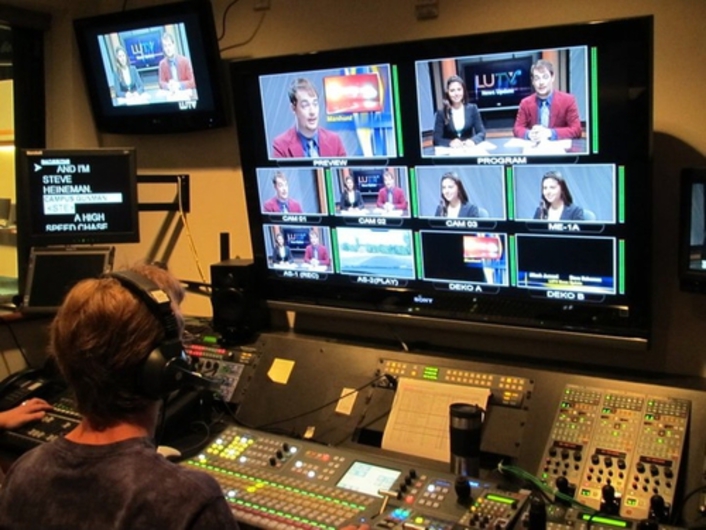 Voss recounted a time when a student accidentally caused one of the three SK-HD1000’s to fall over ‘head first’ onto the studio’s concrete floor, bounce and then hit the floor again. “Not only did it continue to operate as if nothing happened, we couldn’t tell any difference between its picture quality and that of our other two SK-HD1000 studio cameras,” Voss said.

Upon becoming an NCAA Division II school, Lindenwood embarked on the major technical upgrade to cover their games live in 1080i HD. Voss and his faculty colleagues contacted their local Hitachi dealer, Modern Communications, and ordered the four Hitachi Z-HD5000 multi-format cameras with fiber adapters and Fujinon XA20x8.5BERM HDTV lenses. 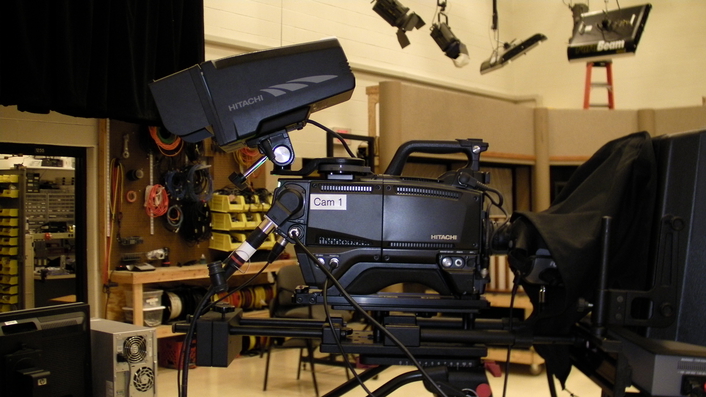 The cameras are now part of a fly-pack that also contains a Black Magic ATEM switcher, Aja Key Pro Recorder and Sachtler tripods. This flypack is taken to various venues, including the on-campus football stadium, basketball arena and performing arts center, as well as to off-campus sites like the local ice hockey arena. At each of the campus venues, the field cameras are connected via SMPTE hybrid fiber cable to HUT systems that convert the signals and transport them via fiber to the SAC control room.

“One production challenge we face is that we often operate in less than optimal lighting situations. For example, the lighting in our football stadium can range from bright noonday sun to dark of night. And in our theatre space, we’re often dealing with dramatic, theatrical lighting. But the Hitachi cameras handle this dynamic range of lighting levels with superior results,” Voss said. ”The reality is that we set these cameras up, turn them on and they just work,” he added. “They’re real workhorse cameras that we rely on every day.”