NEP Europe and Media Solutions announced this week the opening of its NEP Spain office, further strengthening its reach and presence as one of the key players in the Spanish broadcast market. NEP Spain will focus on providing technical production support for sports events, music festivals and live streaming productions.

“We are excited to have Tomàs and Joel leading NEP Spain,” said Paul Henriksen, President NEP Europe and Media Solutions. “Their expertise in digital broadcast and streaming technology, as well as their experience in managing high-profile events in sports and entertainment is a big plus. They are a strong team who can deliver superior service and innovative solutions for our clients.” 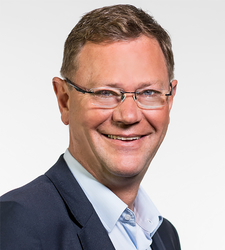 As Head of Production for NEP Spain, Mestre brings over 20 years of experience in the video production industry, working in a wide variety of projects and formats. He began his career in broadcast production at Endemol Spain, where he became a member of the team directing quiz and music reality shows like Operación Triunfo, among others. Later, he joined EuroLeague Basketball as production supervisor and partnership manager, and then Red Bull Media House as broadcast production manager. While at Red Bull, Mestre worked on large events like the Primavera Sound Festival, Dakar Rally and RB Batalla de Gallos international finals, as well as eGames events including the 2018 FIFA Ultimate Team Championship Final in Barcelona.

For over 30 years, NEP has been a worldwide outsourced technical production partner supporting premier content producers of live sports, entertainment, music and corporate events. Our services include remote production, studio production, audio visual solutions, host broadcast support, premium playout, post production and innovative software-based media management solutions. NEP’s 3,000+ employees are driven by a passion for superior service and a focus on technical innovation. Together, we have supported productions in over 85 countries on all seven continents.

NEP is headquartered in the United States and has offices in 22 countries.