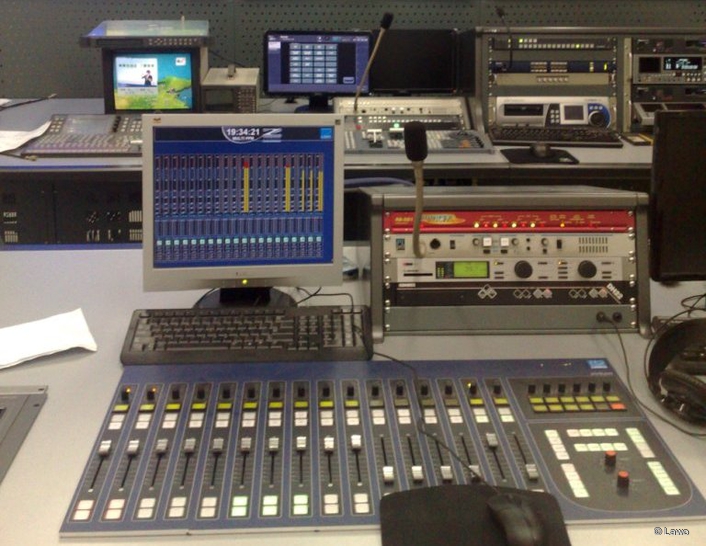 Zirkon Console at Shanxi TV
Shanxi TV in Taiyuan is the first news broadcaster in China to embrace Lawo’s zirkon on-air audio mixing console, making it a central part of the HD acquisition strategy for its very busy news studio. 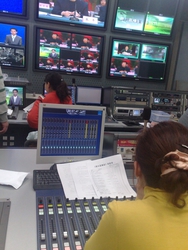 Shanxi TV is the leading local TV station for Shanxi province, running 8 channels, broadcasting over 100 hours every day, and covering 220 million people all over China via satellite output. At the heart of the operation in Taiyuan city is the News Centre Studio, which is used by four of Shanxi TV’s most important live news programmes, including the evening news for the satellite channel and dedicated News Channel.

“Not only does the zirkon console have excellent sound quality and reliability, its design offers an operating interface which is really simple to learn and use,” says Mr Jingyuan. “The audio operators were able to master the console’s operational features in a very short time, which was extremely helpful in the context of the whole HD project.”

Lawo’s representative in China Francis He confirms that the Shanxi TV team has been very impressed with the transparency of the zirkon’s high-frequency performance. “This console has superb audio performance coupled with high reliability, a programmable interface and easy, intuitive operation. In the daily on-air broadcast environment, these qualities add up to efficiency and safety.”

After a month’s induction, the newly-upgraded HD TV studio was used to report on the most important event in the Chinese political calendar, the annual meeting of the National People’s Congress. Full of confidence in their new zirkon system, Shanxi TV audio operators are convinced that being first was the right choice to make.