Radio and Large Format Consoles, Routers and More Assume Integral Role in Broadcaster’s Operations
As an internationally acclaimed producer and distributor of noncommercial news, talk, and entertainment programming, NPR creates multimedia content that reaches 26 million listeners weekly and tens of millions more online and on mobile. In an effort to increase its operating efficiencies, the news organization moved its headquarters to a restored building in Washington’s NoMa neighborhood, and upgraded to the latest digital technology – much of it coming from the catalog of Rastatt, Germany-based Lawo.

Shawn Fox is the Senior Director of Engineering at NPR. As the project manager and lead coordinator for all operational aspects of the broadcast facility in NPR’s new building (which opened in April 2013), Fox had a pivotal role in the selection and implementation of the equipment deployed there. The list of Lawo equipment is extensive and includes three sapphire radio consoles, ten 8-channel crystal consoles, ten 4-channel crystal consoles, a large format mc²66 MKII production console, two redundant Nova73 HD routers, a whopping seventy Nova17 routers, and another seven Nova29 routers. Fox discussed the new facility project and the factors that led to the selection of the Lawo equipment. 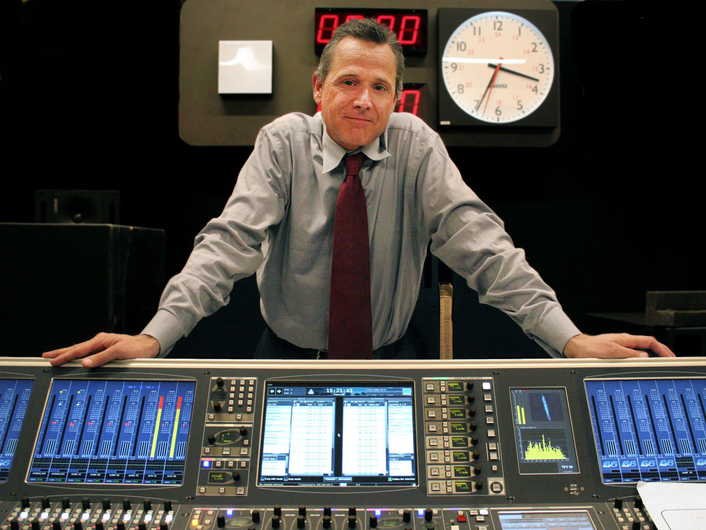 “NPR needed to upgrade its broadcast and content production facilities in order to properly fulfill the transition from analog to digital technology,” Fox explains. “Our previous building was almost 20 years old and based on analog technology. Most of the equipment was still in service, but was outdated and constantly needed repair. NPR’s content production had also evolved to incorporate new and exciting platforms beyond traditional broadcasting. The new 1111 North Capitol Building Project was more than just a facility wide system upgrade—newer technologies were required in order to be more flexible, and to meet the ever-changing needs of a 24/7 news operation.”

Lawo and NPR previously worked together on smaller technology projects. “The relationship started with facility upgrades at our 635 Headquarters in the summer of 2009,” Fox reports. “These were small scale projects in preparation for the 1111 New Building project. The 1111 project and its relationship with Lawo started in earnest late in the summer of 2011. Our new facility went operational on April 13th, and the entire project was completed in July 2013.”

Fox offers insight as to why the organization chose Lawo equipment. “The products all run seamlessly on NPR’s redundant corporate network, which is protected by multiple firewalls and runs on separated VLANS.”

Another important consideration for any broadcast operation is the quality of customer and technical support services provided by the equipment vendors. “Lawo has met project deadlines and incorporated multiple changes throughout out the project,” says Fox. “Their ability to conceptually grasp what we were looking to implement, propose solutions, and come up with the right equipment to make these visions a functional reality requires an in-depth understanding of the market and the technologies required to make everything come together as a cohesive whole.”

Before shifting his focus back to the business of the day, Fox offers these following thoughts on the new facility project and Lawo’s involvement, “The timeline on this project was extremely tight. In some cases, systems came online only weeks before the first broadcast. Lawo representatives were constantly onsite and they met the requirements of the Engineering Client base expediently and with minimal negative impact to our stations and listeners.”

About NPR
A thriving media organization at the forefront of digital innovation, NPR creates and distributes award-winning news, information, and music programming to a network of 975 independent stations. Through them, NPR programming reaches 26 million listeners every week.

About Lawo
Lawo designs and manufactures pioneering audio and video technology for TV and radio broadcast production, post-production, as well as live performance and theatrical applications. Products include digital audio mixing consoles, routers, video processing tools, as well as IP-based video and audio transport solutions. Lawo products are developed and manufactured according to highest quality standards at the company’s headquarters in the Rhine valley town of Rastatt, Germany. Founded in 1970, the company now employs more than 180 people at 8 locations in Europe, Asia, Australia and North America.