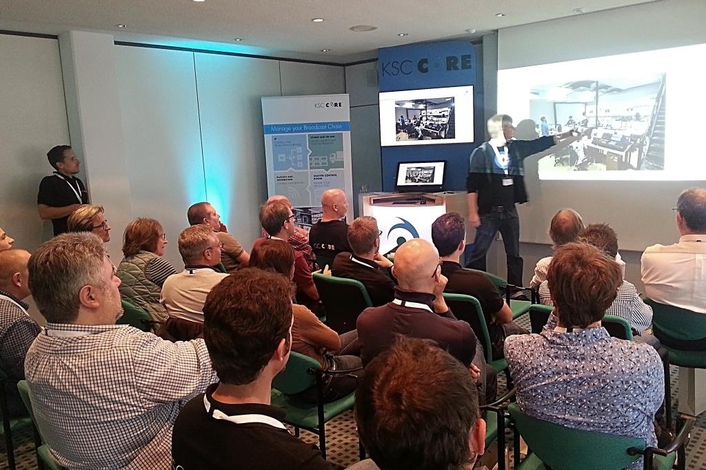 BFE Provides Outlook into the Future of the Software

KSC CORE, the control and monitoring system by BFE, further increases its range of features in the latest version, and thus further strengthens its status as a flexible and powerful all-in-one solution for studios, MCRs, playout centers and mobile production.

At the KSC Experience Day, a periodical forum for KSC users, which in this year took place for the fourth time at the German BFE headquarters, numerous improvements of the software were announced.

In addition to the GFX Unit, a freely configurable user interface with WYSIWYG and fast editing capabilities for flexible production setups, some of the hottest topics were the extended signal format management and Codec Control 2.0. These improvements allow users the even more efficient usage of pool equipment in studios and MCR’s as well full resource management capabilities and integration into KSC systems with the universal codec control. In audio-/video-over-IP, the Dante- and Sony IP-Live-integration of the KSC CORE system were demonstrated.

In an outlook for the following months, Jens Schoof (Head of R&D) and Sebastian Schaffrath (Product Management) presented the positioning and developments of the KSC System in regard to SMPTE 2022, AVB and Open Flow. In the near future, further improvements and application examples will be presented in this area.