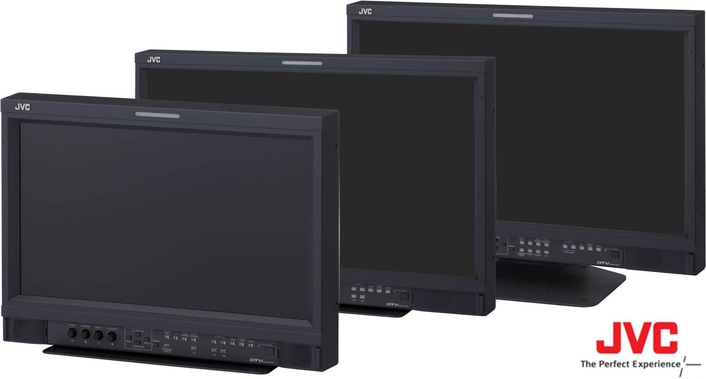 Full-HD DT-V21G11 and DT-E17L4/E21L4 monitors feature LED backlighting
Saving energy not only reduces running costs but also helps save the environment by reducing the monitor’s carbon footprint, and since the LED drive doesn‘t include any harmful chemical elements unlike traditional CCFL backlights, the DT series monitors are remarkably green machines.

DT-V21G11 Production Monitor
The 21 inch DT-V21G11 features a full-HD 1920 x 1080 IPS panel with white LED backlighting. The monitor has a reduced power consumption of around 20-30% less when compared to traditional CCFL lighting. This increases the monitor’s lifetime by up to a remarkable 300% and produces smooth and consistent imaging.

Saving energy not only reduces running costs but also helps save the environment by reducing the monitor’s carbon footprint, and since the LED drive doesn‘t include any harmful chemical elements unlike traditional CCFL backlights, the DT-V21G11 is a remarkably green machine. 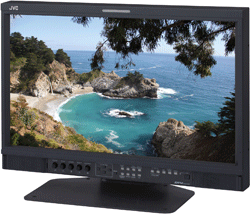 DT-E17L4 and DT-E21L4 HD Production Monitors
Responding to the need for high quality HD monitors that can fit a more modest budget, JVC had launched its new DT-E series of monitors. The first 2 models in this range, the DT-E17L4 and DT-E21L4, provide a cost-effective alternative to the industry-standard DT-V G Series high-end monitors. They feature a newly-developed high definition, fast TN Panel with white LED backlights, providing improved contrast and black level, and are perfect for use as control or studio monitors. The DT-E Series also come complete with free calibration software to aid in achieving the optimum picture quality.

As with the new DT-V21G11 monitor, the use of LED backlighting reduces the power consumption of the DT-E17L4 and DT-E21L4 - it is 20-30% lower compared to comparable monitors using CCFL-driven lighting - and has increased the monitors’ lifespan by up to 300%. The E Series monitors also enjoy the smother imaging produced by the LED backlighting along with the reduced running costs and greener construction thanks to the removal of the harmful chemical elements used in CCFL monitors. 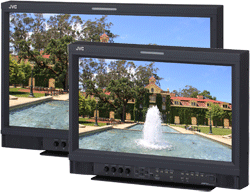