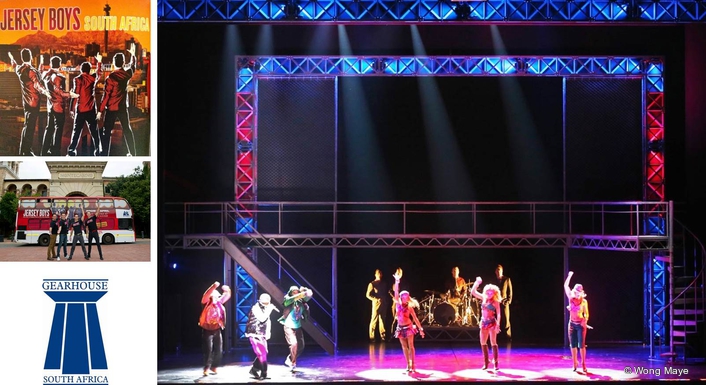 .
Latest buzz on the musical theatre wires is that the newly opened Jersey Boys at the Teatro, Montecasino in Johannesburg is absolutely unmissable. Fresh from its Singapore tour- where the show played to rapt audiences at the Marina Bay Sands, Singapore - the show opened in South Africa on 3rd  April 2013 for a ten week run.

A variety of rental companies from USA, Europe, Australia and South Africa quoted on technical supply for the production and the Lighting equipment and staffing contract was awarded to South African theatre rental company, Gearhouse Splitbeam for the Asian and South African legs of the tour. The sound, LED, automation and Rigging packages were all brought in from the USA.

Splitbeam’s Managing Director, Alistair Kilbee took on the role of Technical Director and along with Splitbeam Operators, Clement Makama, Simon Mashebane and Solly Thaane, has toured with the show in Singapore and SA.
“Splitbeam being the lighting supplier on Jersey Boys is the culmination of a dream for me,” he says “Not only did we win the job against some of the largest rental companies in the world, but we have proved that a South African rental company can supply lighting and staff for an international tour just as well as any company from the USA or Europe.”

The lighting rig is very specific to the production and the company had to supply exactly what had been specified in the USA, including having to purchase items they did not have in stock. The design won the Tony Award in 2005 and has been favourably received all around the world.
The rig is predominantly comprised of ETC source four fixtures together with more than 50 VL2500 (spots and washes). “The VL2500’s are the theatre-show work horses,” says Kilbee. “They are small and powerful moving lights that don’t take up too much grid space, which is important on this production as the grid is very tight. We are also using Prolyte pre-rig trussing, as the show needs to move in and out of venues very fast and this product is ideally suited to achieve this.”

“As with all franchise musicals, the original Broadway design is the basis,” says Hutchinson. “In the States, those designs are modified in terms of scale for both the first and second national tours, and usually what we see in SA is one of those versions. In this case, the Asian/South African tour is a composite between the first national and Toronto productions, with a slightly reduced rig for ease of touring.”

He explains that on a tour like this, it is vitally important that everything onstage is set up in exactly the same relationship to everything else, regardless of which theatre the show is playing in. The only real variation, lighting-wise, takes place in the front of house lighting where adjustments have to be made in terms of differing throws and angles, from venue to venue. He adds that although the choice of fixture was not his on Jersey Boys; he is nonetheless “rather fond of the VL2500’s”

He is also rather fond of Splitbeam it seems “I've worked with Splitbeam since their inception (and with a lot of their staff since before then) and it's always been a good experience. Gear is properly maintained and prepped and the guys know what they're doing.
Splitbeam is the only specialist theatrical lighting hire company in the country and as such have expertise and equipment not found in the concert and corporate sectors. It's been a long time coming, but they are already making a huge difference for those of us who work the theatre side of the fence.” 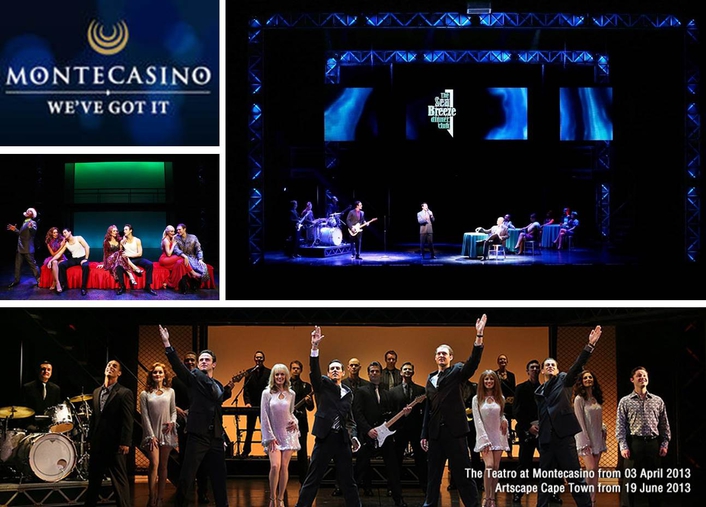 Jersey Boys was produced in the USA by Dodger Properties LLC New York, Base Entertainment in Asia and in South Africa by Showtime Management. The show opens at the Artscape Theatre Cape Town on 19 June for a 7 week run.