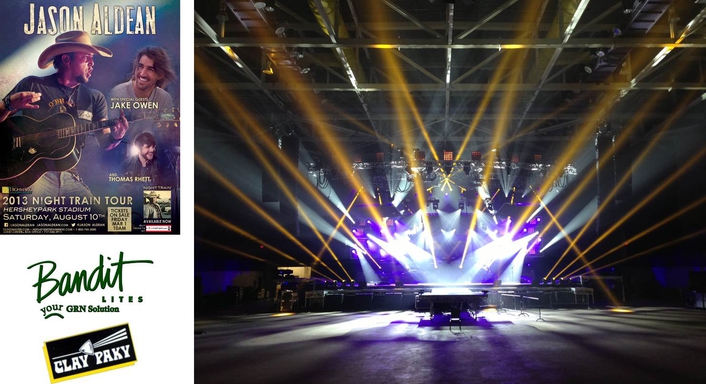 Aldean is a double-Platinum recording artist who has had nine singles reach #1 on the Hot Country Songs charts.  Bandit Lites Inc. is providing him with 24 Sharpys on the tour along with a pair of grandMA2 lighting consoles.

Lighting designer and programmer Aaron Swetland calls the show “very dynamic” with “a lot of elements and layers.  The automated video screens move in all directions with 24 axes of movement.”

According to the lighting designer, a number of stadium shows are coming up this spring, and he plans to add 88 Sharpy fixtures to supplement his inventory.

Francesco Romagnoli, Clay Paky Area Manager for North and Latin America, adds, “Mike and Aaron are a great design team and I’m glad the Sharpys are the right fixture for the show, indoor and outdoor.”