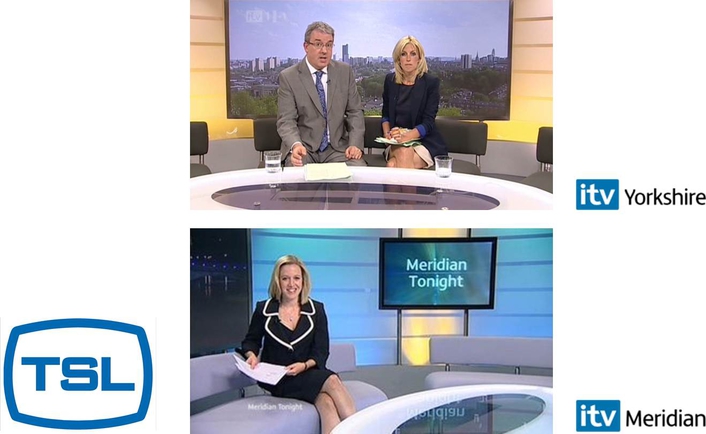 HD-Upgrade Build of ITV Meridian and ITV Yorkshire Regional News Operations
TSL, a leading systems integrator for the broadcast industry, announced that it has completed the relocation and HD upgrade of ITV Meridian's News operation and is currently pre-building the system for ITV Yorkshire's News relocation into the Leeds Television Centre on the same design template.

With the leasing agreement for the Meridian building coming to an end in December 2011 at Forum1 in Whiteley, ITV News took the opportunity to completely re-evaluate its operations and suppliers before making the move. The requirements included an HD-ready infrastructure, a more collaborative workspace and improved workflows. 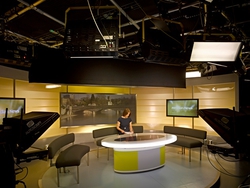 Although TSL had been ITV Regions' primary systems partner on previous projects, including the build of the original Meridian facility, the integrator won this particular contract following an extensive tendering process.

"We were looking for a fresh approach to forthcoming projects and, following a rigorous evaluation of a significant number of UK based broadcast systems integrators, TSL offered a higher level of expertise and technical innovation", said Dave Wyatt, Project Manager for ITV News Group.

"The TSL team has extensive knowledge of available products and technology, whether it's long-established or brand new. Furthermore, TSL is independent from any particular manufacturer, so we can be confident that it has ITV's best interests at heart".

A key technology which TSL implemented was the VSM (Virtual Studio Manager) from LSB. The VSM controls routers, intercom systems, modular gear and other hardware devices to be accessible in all areas for operational flexibility. What's more, the system can be used to create configurable GUIs to simplify some of the control functions that operators perform on a daily basis.

Unusually, the News Traffic Desk is located immediately next to the News Desk rather than as previously in it's own enclosed area.

"With this approach, we have been successful in achieving a more collaborative work ethic", explains Wyatt. "Not only have we improved the workflow and lines of communication, we have created a functional cross-over, which means that colleagues have a better understanding of different operational positions throughout the News Production process". 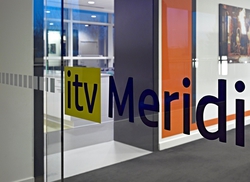 The new Meridian site at Fusion3 in Whiteley was completed in October 2011 and the design template is now being implemented for ITV Yorkshire's Calendar News service.

This project is part of a property consolidation exercise that will bring together a number of currently separated departments into the Leeds Television Centre facility to be part of a vibrant creative hub alongside the existing Emmerdale production facilities.

Currently TSL is pre-building the Calendar News facility at its Maidenhead-based headquarters.

About TSL
TSL is a leading creator of integrated broadcast systems. In an industry characterised by rapid growth and intense competition, the company is a consistent high-achiever and is the only organisation of its type offering truly independent advice allied to nearly 25 years' experience in the field.
Having recently completed such high-profile projects as Phases 1 and 2 of the broadcast infrastructure at MediaCityUK, Sky News Arabia, TVNZ's new file-based workflow and media asset management system, as well as multiple fibre-based HD studios at the University of Salford, TSL has significantly broadened the scope of its services and expanded the size and complexity of the solutions it delivers.
With a reputation for forward-thinking and independent values, combined with a continued drive to address and resolve the challenges that today's growing file-based/IP-centric projects command, TSL is able to provide the most comprehensive, cost-effective systems integration capability available today.