It's All About the Voice

Lawo mc²66 produces "The Voice of Germany"
The judges sit and listen, facing the artist with their backs. This is not about the looks, not about the show, all that matters is the voice. After the performance, the judges press their buzzer one by one to indicate approval, and the chairs turn around... . Since the TV-show “The Voice of Germany” is centered entirely around the music, the sound of the band and, of course, of the lead vocals becomes all the more important.

Studio Berlin’s sound engineers produced the recently finished first seasons of “The Voice of Germany” on a Lawo mc²66 console. Both system administrator Uwe Herrmuth and sound engineer Lars Bieber prepared very carefully for every individual show: First, the communication paths to the control room, editor’s office, and production had to be set up, followed by the placement of stageboxes and microphones. Effects had to be selected separately for every vocalist and were then saved as a snapshot in the mc²66.

“Since the run of the show varied from one week to the next, we also had to adapt the GUI layout constantly. Both the snapshots and the ability to copy DSP values from the compressor and the EQ were a great help during the set-up of effects,” explained Lars Bieber. Uwe Herrmuth added: “Organizing the signals and the signal exchange—for instance, between the FOH and the monitoring position as well as the setup of intercom modules—was a challenging task.”

When asked about other advantages of the Lawo console, Bieber stressed the quick and very reliable signal routing that allows a clear overview notwithstanding the large number of signals. Additionally, the customized functions and the ability to assign buttons freely helped create an intuitive workflow. As system administrator, Herrmuth praised Lawo‘s mxGUI as second control interface, allowing interventions in the system while leaving the work of the sound engineer unaffected. Further, he pointed out the AdminHD tool, with which the system can be extended without having to contact the service department every time.

Studio Berlin has used Lawo consoles since 2002. According to Herrmuth, one of the major points in favor of using Lawo was “the fact that Lawo does not sell ‚off-the-shelf‘ consoles, but rather a product that is largely adapted to the specific requirements of the customer.” In those cases when Lawo’s service department is required, any question or concern is processed quickly and efficiently. “All these factors make the decision to continue using Lawo products for our future investments very easy for us at Studio Berlin,” concluded Herrmuth. 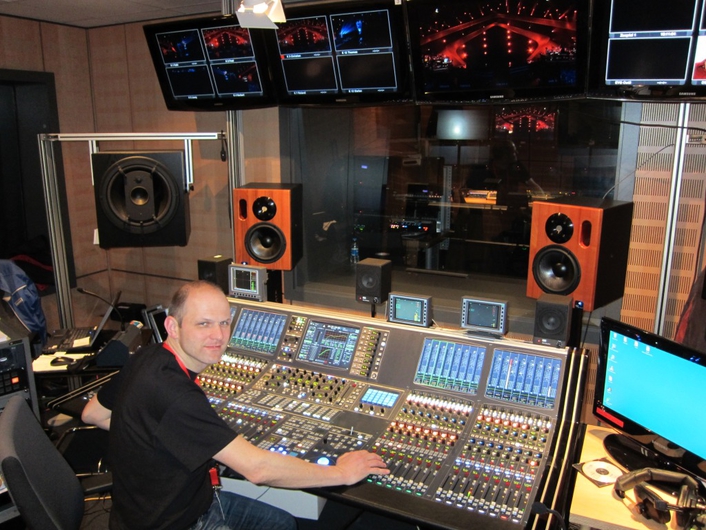 “The Voice of Germany” was looking for real artists with unique vocal skills for a sustainable career. The first stage consisted of ‘blind auditions‘, during which artists had the opportunity to succeed based on their voice alone. They performed with a live band in front of four famous coaches (Nena, Xavier Naidoo, Rea Garbey, and The BossHoss), who judged the participants based on their voice while facing them with their backs. In stage two, the artists faced off in one-on-one duels within their teams, the losers of which were eliminated from the competition. In the third and final stage, the remaining vocalists had to compete in live shows. In the end, the viewers voted Ivy Quainoo as the winner of season 1 of ‘The Voice of Germany‘. The show enjoyed such great popularity that it will be continued in the fall of 2012.