The Video Gateway solutions are part of an extensive portfolio of products that T-VIPS offers
T-VIPS, a global leader in professional video transport solutions for contribution, distribution and Digital Terrestrial Television today announced that PBS member station WNET selected the T-VIPS TVG420 ASI to IP Gateway solution to transmit the stations’ locally produced programming over an IP network to the PBS Network Operations Center, in Alexandria, VA. WNET/Thirteen in New York, NY is a leading producer of programming for the PBS Network. PBS, the nation’s premiere public broadcasting network, broadcasts four HDTV and eight SDTV services to its network of over 360 member TV stations.

After encoding the HD video to a 30 Megabit MPEG-2 ASI transport stream, WNET uses the T-VIPS TVG420 ASI to IP Gateway to move the compressed digital video over a high-performance OC 3 IP network to PBS’ network operations center in Alexandria for HDTV broadcast nationwide. At the PBS network operations center, the video enters the facility-wide workflow where it’s decoded back to ASI-HD video for broadcast.

“We’re extremely pleased with the reliability and performance of the T-VIPS TVG420 Gateway solution,” said Jeff Dockendorff, associate director of engineering for WNET, the PBS affiliate serving the New York Tristate area. “Our goal is to deliver a very high-quality product to PBS, and with the TVG420, the picture quality is exceptional.” Since the TVG420 was installed during the summer of 2010, WNET has used it to transmit many high-definition PBS productions to the network, including the weekly newsmagazine show “Need To Know” and “From Vienna: The New Year’s Celebration 2011” -- an annual “Great Performances” event featuring the Vienna Philharmonic in concert.

“WGBH looked at dedicated circuits for delivery to Thames cable but the cost was prohibitive,” said Michael Foti, Director of Engineering for WGBH. “I’d seen a demo of video over IP using the TVG420 and was impressed with its performance over the public Internet. We had to put something together fast with little budget, and the T-VIPS demo came to mind.”

While Thames Valley had been able to receive WGBH’s signal via satellite, in the Spring of 2010 that feed became unavailable. The communications provider terminated the signal at that time, along with the Boston-area NBC, ABC and CBS affiliates. “We could still receive WGBH’s signal through a fiber connection but that was prohibitively expensive,” explained Carl Andersen, director of programming for Thames Valley Communications, Inc. “To be competitive in our market, we needed to find a more more cost-effective way to get WGBH back onto our service. Representatives from WGBH demonstrated the TVG420 ASI to IP Gateway for us, and we realized that it solves our problem very affordably because it sends a high-quality video signal in real-time over IP.” 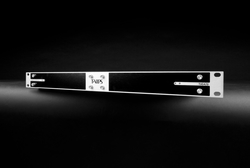 WGBH produces many top-rated PBS shows from its Brighton, MA studios, including “NOVA,” “Antiques Roadshow,” “Frontline,” and “Masterpiece Theatre.” With the T-VIPS TVG420, WGBH has found a cost-effective ASI to IP transport solution that preserves the high-quality HD imagery WGBH is known for.

According to Joe LoGrasso, VP and GM of T-VIPS America Inc., “While broadcasters such as WNET, WGBH and Thames Valley have a legacy of relying upon satellite, telco, and dedicated fiber connections for real-time, professional video transport solutions, our technology is ushering in a revolutionary shift to transporting and viewing video over IP networks in real-time, cost-effectively, and with the Quality of Service (QoS) the broadcast industry demands.”

The TVG420 is one of T-VIPS Video Gateway products for cost-effective, realtime contribution and distribution of professional quality video over IP networks. The Video Gateway solutions are part of an extensive portfolio of products that T-VIPS offers encompassing broadcast video contribution, terrestrial television, mobile television, IPTV, and TS monitoring, switching and remultiplexing.