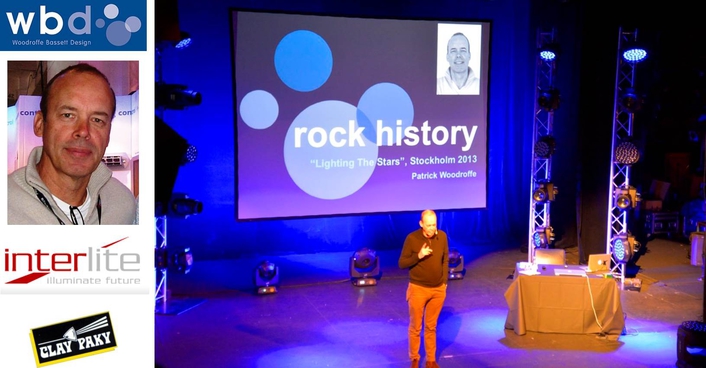 .
Sweden's cold October was warmed up this year by the lecture Patrick Woodroffe held in Stockholm. It saw the participation of trade professionals, students and enthusiasts from Sweden, other Scandinavian countries and the Baltic States.

In the Södra Teatern in the Swedish capital, one of the most prestigious venues in the city, famous for hosting musical and theatrical events of international importance, over 150 people avidly followed Patrick Woodroffe as he recounted the most exciting moments of his career, focusing in particular on the preparation for the last Michael Jackson tour, which did not take place owing to the singer's untimely death.

The event was organized by Interlite, one of the most important Swedish companies in the lighting industry. Its CEO, Niclas Ardvisson, owns the Wireless Solution brand name, which is particularly well-known among trade professionals. Clay Paky, one of the companies distributed by Interlite in Sweden, also contributed to organizing the event.

During his lecture, entitled Lighting the Stars, Patrick Woodroffe gave details of the various stages of the "This is it!" project, which was to bring Michael Jackson back to the limelight after twelve years of absence. The aim was to make him an everlasting success with an event that Woodroffe himself described as "the greatest show in history". 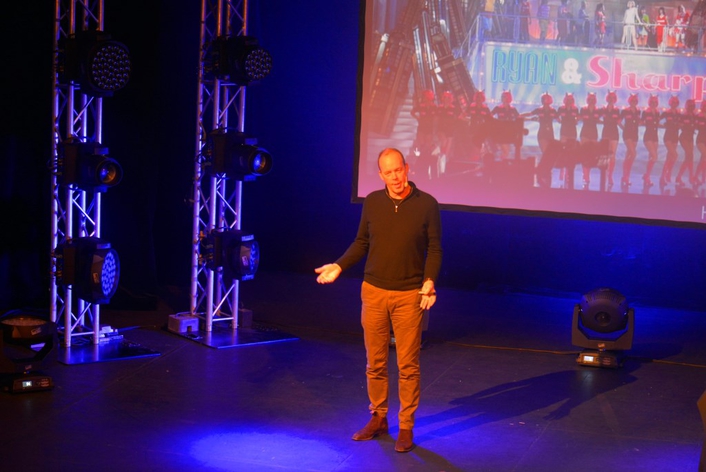 His account then moved on to the lighting project for the opening and closing ceremonies of the London 2012 Olympics and Paralympics . According to Woodroffe, the ceremonies needed a huge "organization machine", which went on working for months.

Niclas Ardvisson said: "Woodroffe's lecture drew the attention of lighting designers, directors of photography, rental company managers, journalists, show producers, television, theatre and tour operators, and students from specialized schools. We are happy to have brought a personality of his calibre here. He is a great communicator and one of the most famous lighting designers in the world. Sweden has been at the centre of attention this year for organizing the Eurovision Song Contest, and it seemed like a great opportunity to be seized to further promote the lighting culture in our country."

The "Lighting the Stars" lecture benefited from the support of SLV, LLB and STTF Proscen as media partners, and Woodlite and Lagom & Gott Ljud Ab as technical partners.

Pio Nahum, Clay Paky Marketing Manager, said: "We are proud to support Patrick Woodroffe in promoting the "lighting culture". Thanks to our local distributors' precious help, we can offer optimum support for the organization of these lectures every time. Interlite did a great job in promoting the event, and we had no doubt it would, given the success with which it has distributed Clay Paky lights in Sweden for years."

Clay Paky Celebrates The ...Anniversary across the US
Clay Paky Lights Help Rol...le 135,000 at Glastonbury
A Peerless Event for Lighting Professionals