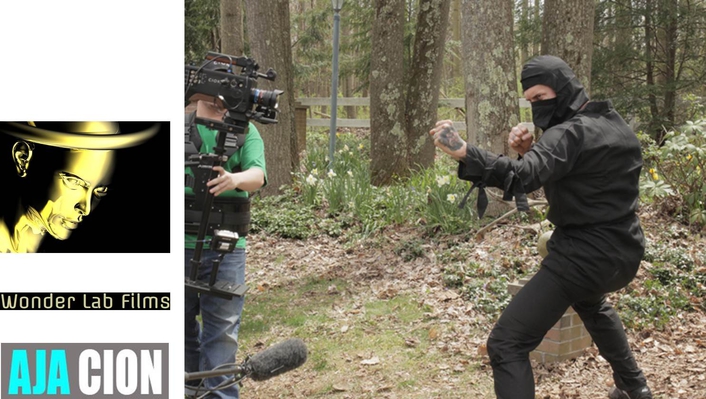 .
Upcoming indie feature "The Great American Movie Hustle" follows filmmaker Michael Anton and actor Michael Monsour as they attempt to create an epic cinematic film about making an epic cinematic film. Along the way, the duo encounters several twists and turns that mirror common production challenges filmmakers face today. Produced by Wonder Lab Films and directed by Michael Anton, the parody is presented in a mockumentary format rife with old-school humor. To achieve a distinct cinematic aesthetic for the film, Anton brought Doug Michaels on board as cinematographer, who shot the film using AJA CION production cameras.

"I wanted to get CION in the field to see what it's really capable of, and our experience was great; it's easy to control and manipulate," Michaels said. "CION is one of the most intuitive, easy-to-use cameras I've ever worked with; it gives you all the functionality you need without the clutter of a million buttons. It's not only a great camera for filmmaking, but I could also see it being an awesome tool for scripted and commercial work too."

Michaels leveraged CION to capture footage for the film, and as an on-camera prop used by characters Anton and Monsour in behind-the-scenes sequences. Scenes that represent the 'mockumentary' segments with the CION in frame were captured on Canon C300 HD cameras. Opting for a run-and-gun style, much of the film was shot handheld with CION. All of the material was captured in ProRes 444 at 4K 24fps, transitioning to ProRes 422 at 4K 60fps for action scenes that called for a slo-mo effect. The CIONs were configured for handheld, shoulder mount setups, with a Zacuto Z-Finder viewfinder, MTF lens adapter and Zeiss Nikon mount lenses in 14mm, 24mm, 35mm and 50mm.

Michaels commented on the quality of the images, "The footage looks great, especially with our darker and more contrast-y scenes. We threw some clips into Final Cut and did some grading and I couldn't believe what we could pull out of the darks. What we pulled off with the blacks looked amazing!" 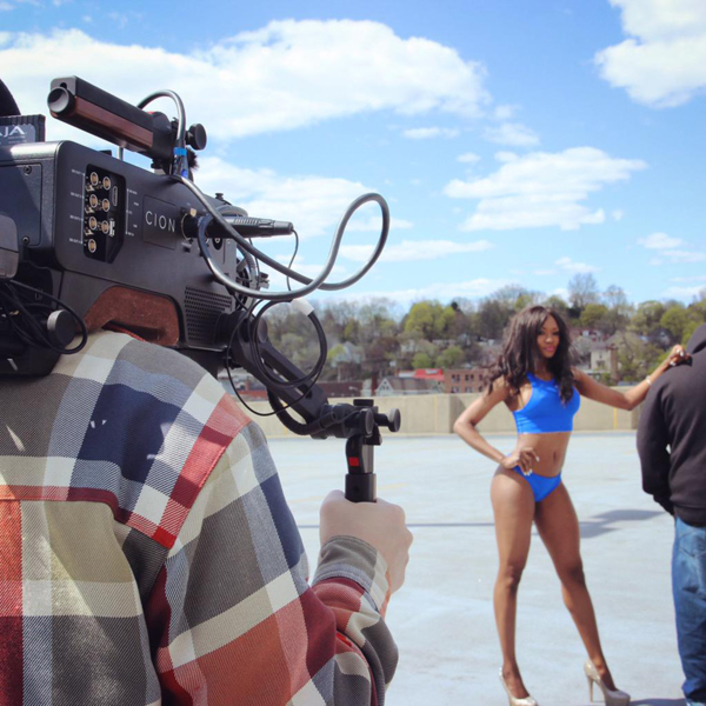 The camera was also easily setup for Steadicam work, a natural fit given the lightweight construction of CION, to capture several of the action scenes. Everything was recorded straight to AJA's Pak SSD media and backed up to RAID hard drives after each day of shooting. The project from start to finish went very smoothly.

Despite the challenges of transitioning between cinematic and documentary sequences, Michaels and his crew found CION to be totally versatile throughout. Anton shared, "We're really excited about the film, which sees Michael party with carnies, get crushed by a sumo wrestler, and find himself in so many other outlandish scenarios. CION allowed us to give a unique look to each scene, which we loved. The juxtaposition of the CION footage next to the HD camera images shows a very defined difference; CION captured such a crisp, clean picture, and with Doug at its helm, we were able to make something quite beautiful."

Shot throughout western Pennsylvania, "The Great American Movie Hustle" wrapped production on May 2, and is currently in post production. As the team puts the final touches on the film, they are currently exploring distribution options.

About Wonder Lab Films
Wonder Lab Films is a production company, owned by Pittsburgh-based filmmaker Michael Anton, with the mission to create quality productions with high standards of creative content and visual excellence. The company is currently developing movie projects including "Tesla", "Apocalypse Radio" and "Mister Good". Michael Anton is in post production on "The Great American Movie Hustle".