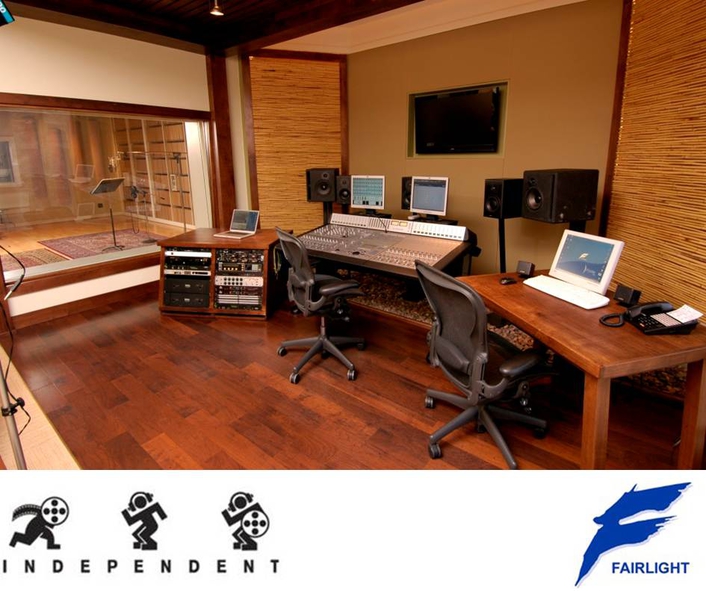 Most of the work the Independent team does is short-form commercial work for regional and national campaigns
For greater flexibility in providing advertising agencies with audio and video post-production services for high-end clients such as Tax Act, Ski Do and West Bend Insurance, Milwaukee, Wisconsin based Independent Studios uses Fairlight’s 3-bay Constellation XCS console.

Randy Bobo, Owner at Independent Studios, made the switch to Fairlight almost 12 years ago to have the “fastest editor in the world. “All of our clients come from ad agencies, therefore we need to be ready to handle any project that comes our way,” Randy explained.

Most of the work the Independent team does is short-form commercial work for regional and national campaigns. Recently, Independent completed a commercial for Tax Act, which aired during Super Bowl XLVI. Independent has also been highlighted for its work with independent films and documentaries, including Sweet Land, which won the 2007 Independent Spirit Award and starred Elizabeth Reaser.

“Budgets are being cut everywhere, but we haven’t missed a step,” Randy says. “We were able to build the entire film using our Fairlight system and pre mixed it so it could be exported through an OMF, we even had time to spare. Our work to organize and prep the soundtrack made it even easier for the final mixing process to be done in four days after we passed it on”

By upgrading the entire Independent Studio’s facility to Fairlight, “It really opens up our options and allows us much more flexibility in how projects can get done,” Randy explains. “We can swap projects between mixers and rooms without any hold up.”

The ability to get everything done using Fairlight without the need for a third-party console makes things easier at Independent as Randy explained. “It’s great when we have to revise a project or do additional versions especially for commercials, everything is in one box and we can be confident that all the data and tools are there. Now that picture and effects are integrated it makes it even nicer.”

With Independent’s own in-house server, sending files back and forth between mixers and clients is simple and stress-free. “Everything comes in and out through the server and we can store everything there for easy access. It makes workflow constant and we never waste time looking for files or plugins,” said Randy.

Randy mentioned that the sound quality of the console is superb and at times he will compare a dynamic plugin to the onboard dynamics, and most of the time he’ll end up using the onboard plugin because it sounds so great. “It’s great to have all the plugins. We use them mostly as sound effects rather than cleaning up the audio, but it’s nice to have the ability to use different reverbs and effects if needed.”

“Everyone who enters Independent is instantly blown away by the way we work,” adds Randy. “To get another console or system to do what Fairlight does would cost way too much money. It’s amazing how people are drawn to the system after a short time working on the console. There isn’t a better tool out there for what we do,” Randy summed up.